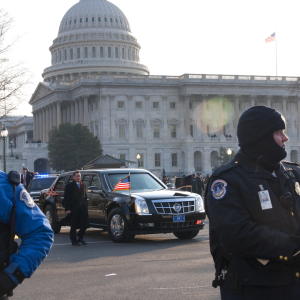 As scandal continues to envelop the Secret Service, InsideSources has learned of a security failure leading up to the 2012 election. Multiple sources inside the Romney presidential campaign confirm that a Secret Service agent provided details of President Obama’s schedule several days prior to the President’s campaign stops becoming public.

While sources involved in other presidential campaigns tell InsideSources that Secret Service detail assigned to each campaign will sometimes disclose private and personal information about those they are assigned to protect to opposing campaign staff, this instance in particular is very revealing of failures inside the Secret Service.

In the closing weeks of the 2012 campaign, a Secret Service agent was on the ground in a key swing state to coordinate security ahead of several campaign stops by the President. The agent, who was married, made advances towards a Romney campaign staff member.

InsideSources spoke with two staffers who witnessed the events in question. Each spoke on condition of anonymity and independently confirmed the details.

In one particular incident at a bar in late October 2012, the Secret Service agent, who had a number of drinks during the meeting, unprompted and in an apparent attempt to impress one of the staffers, began providing details of President Obama’s schedule. The information included times and locations of the President’s events in the final days of the election. The President’s campaign would not release these details of the President’s schedule publicly until several days later.

The sources state that the same agent on a separate occasion provided joy rides in a Secret Service vehicle with the lights flashing.

The leaked schedule was later passed on within the campaign. Others inside the campaign recall seeing the schedule, but the source of the information was not revealed. The schedule, therefore, was met only with skepticism. The details of the President’s schedule later proved to be accurate.

Former advisers to the Romney campaign note that the leaked schedule, which was not widely circulated within the campaign, did not impact the campaign’s strategy. It received little attention as the election was days away.

When asked about the recent spate of security issues surrounding the Secret Service, a former member of the Presidential advance team under President Bush said, “Seeing firsthand the considerable threat the President is under and how seriously so many of these agents take their duty, it’s very concerning that there are some who would put the lives of the President and their Secret Service colleagues in peril.  The President isn’t just a person; he’s an institution, a third of our functioning government, and a primary target for any country or group who would seek to do our country harm.”

The Secret Service was unable to provide an immediate response to questions about the incident.

The revelations feed into serious concerns about conduct within the Secret Service. Secret Service Director Julia Pierson resigned today following a series of embarrassments for the agency. In addition to the recent White House fence jumper who made it deep inside the executive mansion, an armed contractor with a criminal record was allowed on an elevator with the President in mid-September. Eleven agents were put on leave in 2012 after allegedly hiring prostitutes in Colombia. Earlier this year, three Secret Service agents were sent home from their presidential detail in the Netherlands following a night of heavy drinking in which one agent was found passed out in a hotel hallway.