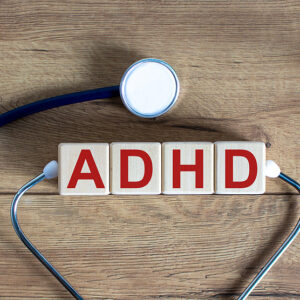 Is It Time To Rethink Nicotine for People With Mental Challenges?

What causes some people to take up smoking while many others go their whole lives without ever trying a cigarette? While race, gender, socioeconomic status, and familiarity with tobacco due to family members smoking all increase risk of initiation and use, one indicator stands out. Adults with Attention Deficit Hyperactivity Disorder (ADHD) are over twice as likely to use tobacco products as their mentally healthy counterparts.

One theory about the cause is that nicotine has similar effects on the brain to many stimulants that are prescribed to treat ADHD. In fact, studies show nicotine itself decreases symptoms of ADHD, including nervousness, stress, impulsivity, impatience, restlessness, forgetfulness, and difficulty concentrating. This may appear to imply that sufferers of ADHD are self-medicating in the absence of access to FDA-approved medication; but that does not appear to be the case, as the nicotine usage rates among medicated ADHD patients are not statistically different.

Another theory is the fact that novel seeking behavior (a symptom of ADHD) causes those with the condition to be more likely to experiment with nicotine usage, and deficits in inhibitory control (another symptom) cause them to transition from experimentation to regular usage. Several studies have confirmed this to be the case. Combined with the mitigation of symptoms, it’s easy to see why adults with ADHD use nicotine at such higher rates.

But regardless of the reasons why, the fact remains adults with ADHD not only use nicotine at higher rates, they also start younger and consume more than the rest of the population. They have more severe withdrawal symptoms, relapse earlier and more often, and notice an increase in their ADHD symptoms in addition to the standard withdrawal symptoms, making them far less likely to quit successfully.

But what can be done? One of every 23 adults in America is currently afflicted with ADHD, and over 40 percent of them are actively seeking nicotine to treat their symptoms (albeit generally without knowing it).

The first option is to discourage or criminalize usage in the spirit of Prohibition, the War on Drugs, and many other failed and costly campaigns that naively assumed rules can overpower cravings. Despite decades of efforts and billions of taxpayer dollars, the overall tobacco usage rate in the United States has only decreased by 2.7 percent over the last 20 years, from 23.5 percent in 1999 to 20.8 percent in 2019.  While the trend away from combustible cigarettes and toward less harmful forms of nicotine delivery is promising, the overall percentage of people addicted to nicotine has barely moved.

The second option is to allow the mentally ill to slowly kill themselves with deadly cigarettes, which kill around two-thirds of all long-term users. Aside from being morally reprehensible, this option would cost a staggering $300 billion a year, disproportionately affect minorities, and not solve the problem.

The preferred third option is to allow these marginalized people to suppress their symptoms by offering safer options such as vaping, nicotine patches, gum, and nasal sprays. Studies have shown greater satisfaction via inhaled nicotine products due to the speed at which the nicotine enters the bloodstream. But different people have different preferences and in the interest of avoiding our previously discussed second option, all should be made available.

More research is desperately needed to figure out why nicotine is so effective at treating ADHD symptoms. In the meantime, society has an obligation to allow our family, friends, and neighbors to find relief in the safest and most desirable method they choose for themselves instead of condemning them to only the most dangerous nicotine delivery method through regressive regulations on vaping products.