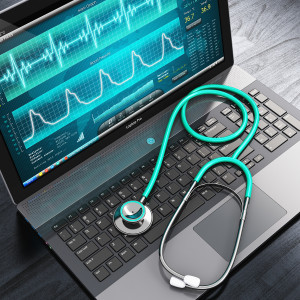 Is the ACA in Trouble?

United Health Care’s surprise announcement that it is considering whether to stop selling health insurance through the Affordable Care Act’s health exchanges in 2017 and is also pulling marketing and broker commissions in 2016 has health policy analysts scratching their heads. The announcement is particularly puzzling, as just a month ago, United issued a bullish announcement that it was planning to expand to 11 additional individual markets, taking its total to 34.

United’s stated reason is that this business is unprofitable. That may be true, but it is odd that the largest health insurer in the nation would vacate a growing market without putting up a fight. Is United’s announcement seriously bad news for Obamacare, as many commentators have asserted? Is United seeking concessions in another area and using this announcement as a bargaining chip? Or, is something else going on? The answer, I believe, is that the announcement, while a bit of all of these things, is less significant than many suppose.

To make sense of United’s actions, one has to understand certain peculiarities of United’s business model and some little-understood aspects of the Affordable Care Act.

• Most of United’s business consists of group sales of insurance through employers who offer plans to their employees as a fringe benefit. United has chosen not to sell insurance aggressively to individuals in most places and, where it does, not to offer the lowest-premium plans. In some states, it does not sell to individuals at all.

• State regulators must review insurance premiums to assure that they are reasonable and set other rules that insurers must follow. This process typically involves some negotiation. With varying skill and intensity, state insurance commissioners try to hold down prices. If they are too lax, buyers may be overcharged. If they are too aggressive, insurers may simply withdraw from the market, causing politically-unpopular inconvenience. These negotiations go on separately in 50 states and the District of Columbia each and every year.

What seems to have happened—one can’t be sure, as the United announcement is Delphic—is that the company, which mostly delayed its participation in the individual exchanges until 2015, incurred substantial start-up costs, enrolled few customers who turned out to be sicker than anticipated, and experienced more-than-anticipated attrition. Other insurers, including Blue-Cross/Blue-Shield plans nation-wide which hold a dominant position in individual markets in many states, did well enough so that Joseph Swedish, CEO of Anthem, Inc., one of the largest of the ‘Blues,’ announced that his company is firmly committed to the exchanges. But minor players in the individual market, such as United, may have concluded that the costs of developing that market are too high for the expected pay-off.

In evaluating these diverse factors, one needs to recognize that the ACA, in general, and the health exchanges, in particular, have changed insurance markets in fundamental ways. Millions of people who were previously uninsured are now trying to understand the bewildering complexities of health insurance. Insurance companies have a lot to learn, too. The ACA now bars insurance companies from ‘underwriting’—the practice of varying premiums based on the characteristics of individual customers, something at which they were quite expert. Under the ACA, insurance companies must sell insurance to all comers, however sick they may be, and must charge premiums that can vary only based on age. Now, companies must ‘manage’ risk, which is easier for a company with a large market share of the individual market, as the Blues have in most states, than it is for a company like United with only a small share.

What this means is that United’s announcement is regrettable news for those states from which they may decide to withdraw, as its departure would reduce competition. United might also use the threat of departure to negotiate favorable terms with states and the Administration. And it means that federal regulators need to write regulations to discourage individual customers from practices that unfairly saddle insurers with risks, such as buying insurance outside open-enrollment periods designed for exceptional circumstances and then dropping coverage a few months later. But it would be a mistake to treat United’s announcement, presumably made for good and sufficient business reasons, as a portentous omen of an ACA crisis.

Aaron is a Senior Fellow in Economic Studies at the Brookings Institution. The author wishes to thank Kevin Lucia for helpful comments and suggestions.