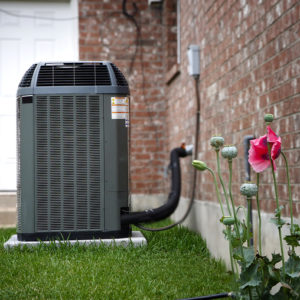 Is the Biden Administration Coming After Your Air Conditioner?

We’re reaching the point where it is easier to list the things the Biden administration isn’t doing in the name of fighting climate change. One such Environmental Protection Agency proposed rule stands out because it will be bad news for anyone with a home air conditioner with no environmental gain to show for it.

The new rule is not all President Joe Biden’s fault, because the law authorizing this mischief was passed during December’s lame duck session of Congress. Slipped into the massive, must-pass spending/COVID relief bill were provisions cracking down on hydrofluorocarbons (HFCs) on the grounds that they are greenhouse gases. HFCs are the class of refrigerants currently used in most types of air conditioning and refrigeration equipment. It includes one called R-410A, an HFC blend used in the majority of residential central air conditioners as well as many window units.

The production quotas for HFCs will start in 2022 and get progressively more stringent in the years afterwards. Thus, when homeowners must replenish R-410A lost from a leak, which happens to millions of them every summer, they will very likely have to pay more for it.

The EPA has just released its proposed rationing scheme for HFCs, and the details of the agency’s final version will ultimately determine how steep a price hike we face.

Of course, no piece of environmental legislation is complete without a petition process to make its provisions even more restrictive, and EPA has already been hit with five of them on HFCs. They include proposals to ban R-410A in new central air conditioning systems by January 1, 2025. Who are these petitioners? Manufacturers and environmental activist groups.

For manufacturers, the current systems designed to use R-410A are the lowest cost option on the market, thus several brands would be happy to see them outlawed in favor of pricier models using heavily-hyped new “green” refrigerants. In addition, some of the new refrigerants are classified as mildly flammable, which might give some consumers reason to avoid making the switch – unless they have no choice.

Thus, repairing an existing air conditioning system or buying a new one is likely to get more expensive. It is hard to predict how much so, but the added costs could easily reach into the hundreds of dollars per household.

Is it all worth it? Much is made of HFCs’ high global warming potential. Former secretary of state and current climate envoy John Kerry described HFCs as “thousands of times more potent, for example, than CO2.” While true – for instance, each molecule of R-410A that leaks out of equipment and into the air is 2,088 times more potent than a molecule of CO2 – it is also true that HFCs are around a million times less common in the atmosphere than CO2. Overall, EPA has estimated the contribution of HFCs at no more than 3 percent of current warming. But don’t expect the Biden team to emphasize this underwhelming number during the rulemaking process.

The low estimated impact of HFCs does mean this aggressive EPA action is unjustified, especially since doing so piles on the consumer costs. At the very least, Congress should consider changes allowing the tens of millions of existing HFC-using central air conditioners to live out their useful lives undisturbed by any climate measures. Better yet, also let the new systems designed to run on climate-friendlier substitutes be an option for wealthier, environmentally-minded homeowners and not make it a mandate for everyone.