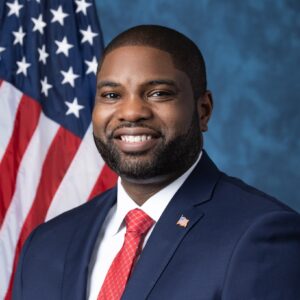 The Congressional Black Caucus Foundation recently held its 50th Annual Legislative Conference in which it discussed what it deemed to be the top issues for Black voters.

Among the issues the CBC believes are important to Black voters are voting rights, policing reforms, and defending the public school system. Yet, the CBC doesn’t explain why these issues are “Black issues.”

How is opposing conservative election reforms a Black issue when a clear majority of Black voters support voter ID laws? How is policing a Black issue when all Americans can benefit from a more just criminal code? How is it a Black issue to defend the public school system when it routinely fails Black students?

These issues aren’t Black issues so much as they are politically charged issues. But this begs the question: What are Black issues? The simple answer is there is no such thing as a Black issue in present-day America. Black people, like any other race in America, contain multitudes. They are not monolithic.  Yet the Congressional Black Caucus wants to paint it into that corner. In fact, they’ve even discriminated against certain Black members.

In June, the Congressional Black Caucus denied membership to Florida Republican Byron Donalds — one of only two Black Republicans in the House.

Rather than justify this half-witted decision, a spokesperson for the caucus dodged the question and immediately pivoted to the caucuses’ commitment to “fighting for issues” that “support Black communities” such as “police accountability, voting rights, and a jobs bill.” In other words, the CBC’s doors are only open to Black legislators who endorse their vision. All others receive indifference.

This paints a stark difference from the CBC of 2010. At the time, then-chairwoman Barbara Lee told POLITICO the group “welcomed” Republicans, adding, “Membership in the Congressional Black Caucus has never been restricted to Democrats.”

Indeed, freedom of association is an inalienable right, a basic freedom that even philosopher John Locke recognized as fundamental to a free society. The problem with the CBC’s criteria is not that they refuse to associate with Donalds, but that they claim to represent “Black communities” and yet only associate with other African-Americans who conform to their ideology. This leads me to ask one poignant question: Is the Congressional Black Caucus really “Black”? Who decides what political positions best align with the interests of Black Americans?

Alas, no one speaks for Black Americans better than we do for ourselves. According to research from Five Thirty-Eight, 16 percent of Black Americans identified themselves as independent, whereas 21 percent answered they’re neither Democrat, Republican, or independent. Those statistical truths suggest a wide diversity of thought among African American voters. If the CBC is in the business of representing “Black Americans” (whatever that might mean), does it not follow that the CBC itself should, too, be diverse in thought?

I’ve got an even better idea. The CBC (and any other group) should avoid representing abstract concepts (blackness, for example) to stand on concrete, universal principles – such as free expression, which the CBC rejects within its ranks.

At any rate, it’s evident that the CBC does both itself and Black Americans a tremendous disservice by acting in such an irrational manner. As John Stuart Mill argued in On Liberty, a lack of free expression in society robs “the human race” and “posterity” from pursuing the truth.

My question is simple: Will the CBC embrace the necessity of intellectual diversity (and debate) which allows us to understand the world around us and, consequently, forge better policies, or will they continue to push their own unchallenged beliefs of Black authenticity as gospel truth?

The former might lead to a CBC more commensurable with the diversity of opinions reflected among African-Americans at large. The latter approach may yield short-term political benefits but ultimately rebukes America’s founding principles writ large. At that point, being authentically “Black” will be the least of our worries.