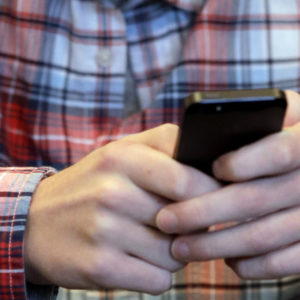 Is Your Life Private?

If you thought the clamp-down on National Security Agency telephone spying was over, think again. There are a whole host of government programs available to local, state and federal authorities that expose who you are, where you’re traveling, who you’re meeting with and what you’re saying.

These programs are conducted under the cloak of secrecy. Ostensibly, they’re used to target individuals under surveillance for sound reasons. Unfortunately, the equipment can’t tell the good guys from the bad guys, so many individuals may be unwittingly caught up in its web.

As reported by KXTV in Sacramento, Calif., and other news organizations, one such government surveillance program is called Stingray. This program simulates a cellphone tower and tricks nearby mobile phones into connecting to it, rather than standard commercial towers. The system collects the cellular telephone number; incoming or outgoing status; number dialed; date, time and duration of the call; and its location.

Another federal program called Triggerfish, when combined with Stingray, exposes the actual content of the cellphone conversations. It allows law enforcement agencies to intercept up to 60,000 different cellular conversations over a targeted area. Add a few more features and it can be used as a phone listening device to hear oral exchanges even when the phone is thought to be turned off. All of this equipment is so mobile it can be located in planes, cars and boats.

There is also related equipment that can track the location of a cellphone — which is not really hard to do even with commercial equipment. However, here’s one you probably never thought of, tracking without a cellphone. Cameras at street intersections take pictures of a license plate when a car goes through a red light. But they also take pictures of everyone’s license plate, digitize them and make it possible to track the movement of every car. Add to that facial recognition software used in conjunction with security cameras in stores or on the street, and a person can also be tracked on foot.

Federal agencies have tried to meddle with public requests for information on Stingray. When the American Civil Liberties Union of Northern California submitted a Freedom of Information Acts request to the Department of Justice on the use of Stingray, it ignored the request.

ARS Technica reported in 2015 that a new Department of Homeland Security policy comes after federal agencies, most notably the FBI, have tried to tightly control information about Stingrays for years. The FBI and the Harris Corp., one of the primary manufacturers of the devices, had refused to answer specific questions.

Unfortunately when Stingray passes itself off as a legitimate cell tower, it can jam associated commercial networks when signal levels become alike at fringe areas.

Unfortunately when Stingray passes itself off as a legitimate cell tower, it can jam associated commercial networks when signal levels become alike at fringe areas.

In 2014 CNET reported that police in Florida have offered a startling excuse for having used a controversial Stingray cellphone tracking gadget more than 200 times without telling a judge. The police’s excuse for not informing the judge was the device’s manufacturer made them sign a non-disclosure agreement that they say prevented them from telling the courts. The revelation came during an appeal of a 2008 sexual battery case in Tallahassee.

Rep. Jason Chaffetz, R-Utah, has introduced a bill in Congress that would prohibit government agencies from using Stingray type simulators without a warrant in most circumstances. Sens. Chuck Grassley, R-Iowa, and Patrick Leahy, D-Vermont, have asked the Department of Homeland Security to enact a policy on cell phone surveillance devices, such as Stingrays, but the request has gone nowhere.