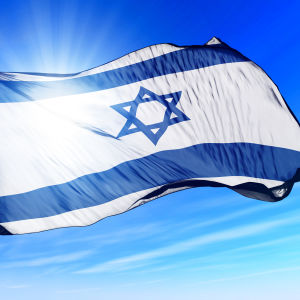 Israel Is Not an Apartheid State

The latest playbook of the rabid anti-Israel crowd is to smear the Jewish state with the slur: “apartheid.” This ugly lie has been uttered with increasing force recently and it underlies such abominations as the Amnesty International report; the recent commission of inquiry set up by the U.N. Human Rights Council; the Boycott, Divestment, Sanctions movement; and others.

Ironically — but perhaps not accidentally — this renewed campaign of hostility comes at a time of unprecedented success and prosperity for Israel as a state, and a time of hopeful developments for the prospects of peace in the Middle East. Israel, despite its small population of only 8 million, is an international powerhouse in high tech and innovation. It has drawn investment from Asia, Europe and the United States, including from many of the world’s leading companies.

And the Abraham Accords — the establishment of diplomatic, cultural and commercial relations between Israel and several Arab states — have brought hope of a better and peaceful future to Israelis and Arabs throughout the Middle East.

The increased use of the apartheid slur against Israel is the last gasp of a desperate, nihilistic, backward-looking mob that is frustrated by the strong standing of Israel in the world today. Anyone truly concerned about the welfare and future of the Palestinian people should be looking for ways to encourage them to negotiate in good faith with Israel and to move toward joining the increasing circle of peace. The apartheid slander will not weaken Israel and will not benefit the Palestinians in any way.

Certainly, the attempt to link Israel with racism is not a new phenomenon. In 1975, the United Nations infamously passed a resolution officially branding Zionism — the national liberation movement of the Jewish people — as a “form of racism.” It bore the ugly hallmark of anti-Semitism, as condemnation and delegitimization of Israel became a new iteration of the age-old hatred of the Jewish people. The resolution was officially repealed in 1991.

Unfortunately, three institutions within the United Nations — the Special Committee to Investigate Israeli Human Rights Practices, the Division for Palestinian Rights and the Committee on the Exercise of the Inalienable Rights of the Palestinian People — continue to spread the lie that Israel is a unique and evil practitioner of racism. The Durban Conference of 2001 further enhanced this contemptible trend. That event brought out rabid anti-Semitic hatred against Israel so vehement that it shocked even mainstream, well-meaning critics of Israel. It is truly a shame that the important and legitimate worldwide fight against racism has been undermined and hijacked by these Israel-hating extremists.

The false accusation of apartheid is part of a conscious effort to link Israel in the public mind with apartheid South Africa. In fact, the aforementioned “Special Committee,” which targets Israel within the U.N. system, was explicitly modeled on a similar “Special Committee” that had been established several years before to oppose apartheid South Africa. To this day, only South Africa and Israel have received this “honor” at the United Nations. The 1975 “Zionism is Racism” resolution spelled out this connection plainly. In its own words, “the General Assembly condemned inter alia, the unholy alliance between South African racism and Zionism.”

The accusation of apartheid is, however, absurd and obscene. Arab citizens of Israel have full rights under Israeli law, including the right to vote. No fewer than 13 Arab citizens of Israel serve in the Knesset today, most in parties that are openly and harshly critical of Israeli policies (including a party that is a member of the current government coalition).

In Israel today, there is a Muslim Arab judge serving on Israel’s highest court. Sixteen percent of university students are Arabs. Seventeen percent of doctors in Israeli hospitals and 48 percent of pharmacists are Arab-Israelis. What kind of apartheid state is that?

Clearly, those who would accuse Israel of the crime of apartheid are either guilty of wholesale ignorance or are purposely spreading a lie. But the cheap and improper use of the term “apartheid” devalues it and insults he true historic victims of apartheid in South Africa.

Pastor Kenneth Meshoe, a South African member of Parliament, a great friend of Israel, puts it this way: “Those who know what real apartheid is, as I know, know that there is nothing in Israel that looks like apartheid … it is inaccurate and it is malicious.”

Israel’s enemies have always viewed diplomatic and public relations warfare as ways to undermine the Jewish state that they could not defeat by violence and war. Accusing Israel of apartheid must be seen in that context.

For peace to prevail, it is essential that the false narrative peddled by haters of Israel be rejected once and for all. Israel is not an evil entity, not an “occupier” and most emphatically not an apartheid state.

Michael A. Stevens is the author of “We Too, Stand: A Call for the African-American Church to Support the Jewish State.” He wrote this for InsideSources.com.