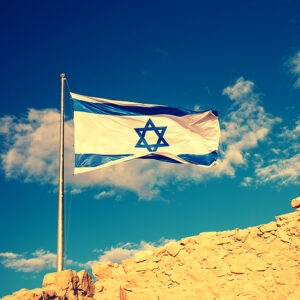 Israelis Are Underdogs in the Battle for Public Opinion

As Palestinians and Israelis are again locked in conflict, innumerable citizen advocates aim to promote the side with which they identify. Supporters of Israel face structural disadvantages in a fight for hearts and minds that can have real-world implications. Here’s why.

Going back nearly a century, the Zionist position was not against the creation of a Palestinian Arab state, simply in favor of reviving the Jewish state alongside it.

By now, a pragmatist element of Palestinian leaders has technically accepted Israel’s existence but failed to abandon domestic messaging that demonizes and delegitimizes Israel. Moreover, jihadist groups like Hamas—which seized control of the Gaza Strip—remain openly committed to Israel’s destruction.

While this extremism might be expected to bolster the standing of Israel’s defenders, it deprives them of stridency that can resonate: Typically these defenders do remain on the defensive, while Palestinian activists go on the offense. Mainstream Israel-advocates appeal for coexistence, for calm. Often, however, pro-Palestinian voices demand “justice.” That can be impactful.

Justice can imply the existence of one victim and one villain, a convenient narrative in an era of zero-sum populism and social media platforms that favor easy-to-rouse hashtags. Anti-intellectual, “anti-elite” sentiment on the far-right is increasingly matched by disdain for moderation and nuance on the far-left.

And so, a tendency has hardened among some to see power as confirmation of unjust privilege—and also to recognize only certain forms of power. Palestinians are seen to be stateless and weaker than Israel militarily. But too many do not ask whether Palestinians have had opportunities for statehood, as they have, or whether Palestinians “offset” military inferiority, as their combatants do, through asymmetric warfare that exploits limitations on a uniformed military.

Too many see a blockade on Gaza, but not the violence and explicit threats that precipitated it. Too many see Israel’s relative strength, but not its longtime vulnerability in the midst of a vast Arab world, let alone nearly 60 Muslim-majority states at the United Nations.

The UN condemns Israel, the Middle East’s sole democracy, more than all other countries combined. UN bodies tend to dedicate extraordinary attention to Israel only after it responds to attacks—not before.

But the realities are even more daunting outside such halls of power. Not all Muslims or Jews are animated by the Palestinian-Israeli conflict, but the fact that the world is home to some 1.5 billion Muslims and only around 15 million Jews affects what goes viral on social media, the size of solidarity rallies, and that which politicians and news outlets hear.

After a year of the pandemic, audiences are eager to change focus. Among Palestinians, the realization that more Arab governments have recently shifted toward accepting Israel has sparked a determination to regain visibility.

An under-appreciated reality is that there is little cost or risk to excoriating Israel, something that isn’t true of major world powers or authoritarian regimes.

Israel is one of the world’s smallest countries and it long lacked natural resources, in contrast with its oil-rich neighbors. With fewer than 10 million citizens, it does not wield a tremendous consumer market. Additionally, Israel remains isolated and boycotted by adversaries. Its assets are strained by the need for defense against relentless, recurrently existential, threats.

Despite this, political debate is always robust in Israel—which can do little to silence critics abroad.

The fact that many vilify the Jewish state does not confer guilt; it shows that detractors face few consequences for doing so.

Journalists are fallible. From story placement to selective data, and from editorializing in reportage to objective errors, providing true context to complex subjects is a tall order.

These hazards especially apply to Israel—the focus, quantitatively and qualitatively, of unsurpassed scrutiny. No other nation is so critiqued for counterterrorism efforts, let alone equated with terrorist aggressors. Why are terrorists described as such elsewhere but often called “militants” when their targets are Israelis? Why are Israeli leaders labeled “hard-line” but Palestinian nationalists, Lebanese or Iranians rarely are? Why are the terms “occupation” and “settler” applied to Israeli Jews but few others? Why does endemic Palestinian incitement go unreported?

More people have been killed in numerous countries than in Israeli operations against Hamas. Unequal reporting devalues the lives of those deemed unworthy of attention and advocacy.

Finally, at a time when new technology is available to document facts, imagery can also be manipulated—or tell just part of a story.

Are observers aware that Israel acts to minimize civilian casualties, while Hamas seeks (however successfully) to maximize them? Have readers been reminded that Palestinian violence spiked after Israel withdrew from Gaza in 2005? Do viewers know that Israel has maintained Muslim administration of Jerusalem’s Temple Mount—Judaism’s holiest site?

Too often Palestinians are treated as powerless people, but Israel as a faceless state.

In reality, there is real suffering among both peoples—and each side holds critical responsibilities.

But this is likely too nuanced a message for the moment. Israel contends with asymmetric warfare not only on the battlefield but also in the battle for public opinion.

David J. Michaels is director of United Nations and Intercommunal Affairs for B’nai B’rith. He wrote this for InsideSources.com.