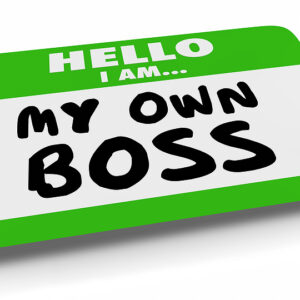 It Is the New Age of Creativity, Despite Shortages and Runaway Inflation

You could be excused for believing that everything is going to hell. We are living through a tumultuous time, and the next two years are going to be especially difficult with severe disruption to supply chains, runaway inflation and, worst of all, food shortages in much of the world.

But it also may be a time when human creativity has never been more liberated, when fewer impediments to innovative ideas and products are coming to the surface.

John Sibley Butler, professor of management and sociology at the University of Texas at Austin’s McCombs School of Business, said on PBS’s “White House Chronicle” that there was a start-up surge during the pandemic, from high-tech to homemaking.

Particularly, it is a time when capital is more available to the entrepreneur than ever. Morgan O’Brien, executive chairman of Anterix and co-creator of Nextel Communications, said on the same PBS episode, “A lot of times venture capitalists are portrayed as a rapacious, unforgiving, and out-to-make-the-best-buck bunch. Our experience was so radically different. Nextel, as a company, would have been impossible without the belief, the resiliency and the support of the private equity invested in it. And the same again for Anterix.”

No longer is the sole source of capital a bank with its rigidities. No longer does the loan-seeking entrepreneur have to hear from a banker that they have no collateral. Raising capital has become a public activity, so much so that it has spurred a hugely successful network show, “Shark Tank.” Direct investment also can be found on crowd-funding platforms like Kickstarter.

Bringing a new product to market is easier than it has ever been. At one time, an inventor of a consumer product had to make a sample and then suffer abuse by a buyer in a department store chain and be told about the shortage of shelf space and the small chance of success; and to face a haggle over the pricing — if, in the remote chance, the product was approved.

Now, if you have an idea for a nifty new product, you can possibly use a 3D printer to make it at home and sell it on Etsy before you decide to raise capital and go into business full time.

Likewise, a high-tech inventor doesn’t have to beg a big company to listen and probably get an out-of-hand rejection. Instead, science-based invention is in demand, sought and cultivated. The great fortunes of recent years have nearly all been in science-based businesses.

Great fortunes have been made by venture capitalists and they are spreading out. No longer are they blinkered to examining only the possibilities of computers and the electromagnetic universe. Venture capitalists are now trolling the world for new ideas.

This creativity, this new age of discovery, is already transforming the way we live, from safer cars to a surge in new medical discoveries. Cancer, though not defeated, is being beaten back, and electricity production is getting cleaner.

The speed with which the vaccines for COVID-19 were researched, tested and produced is an inspiration for what can be done when will and need are aligned.

A new transportation future is at hand, according to Dwight Smith, a relentless Jamaican-American inventor who heads Paragon VTOL Aerospace. The Brownsville, Texas-based company is collaborating with Rolls Royce and others on vertical takeoff and landing aircraft for cargo and passengers.

The immediate bleakness in the global outlook can give way to an age redolent with possibilities so long as the talented of the United States and the world continue to produce and know that their ideas and products will find acceptance.

For example, more movies are coming to screens across the world than ever before. Netflix, Amazon, even Hallmark are offering new opportunities to writers, actors and producers. Opportunities that weren’t there a decade ago.

The trick is to keep inventing, developing and dreaming as we contend with the horrors of Ukraine, the shortages today of baby food and bulk electrical equipment, and who knows what shortages tomorrow.

And, oh, the prices! They will abate as we invent alternatives and efficiencies and we adjust our consumption.