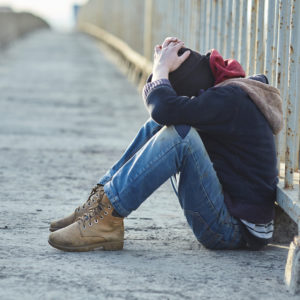 We like poverty, or to put it another way, we like it better than paying the price for reducing it. It’s not that we can’t choose to eliminate poverty. We choose not to because to do so would cause us to make sacrifices we are unwilling to make.

To be sure, we don’t want to say or think that we desire poverty. That would be unseemly. Mostly we turn our eyes away from the steps that are needed to eliminate it. Yet among the Organization for Economic Co-operation and Development’s 43 countries, which include most of Europe, and the world’s major democracies, the United States has the 3rd highest level of poverty, three times as great as the least impoverished countries and almost twice as much as one-half of the OECD countries. Yet, we are the sixth most prosperous country in the world per capita.

Examining the data of the OECD counties whose control of poverty is superior to the United States shows that Mexico, Italy, and Poland, are less impoverished — Countries far less affluent than the United States. So, poverty-wise, we are an outlier and not in a positive sense.

The idea that we like or in any way enable poverty is psychologically disturbing. Thus, we rationalize our emotional distress with common justifications: “We worked hard for our wealth, and those who aren’t well-off are either inferior or lazy.” “We live in the land of the free, and anyone putting their nose to the grindstone can make a good living.” “Too many poor people are living off of the government because they want to.” “Giving money to the poor is socialism.”

Each belief, and many more, contribute to political policies that prevent the government from additional funding of public schools, offering government paid pre-school education and national healthcare, thereby preventing all citizens a necessary platform from which to move forward. Instead, the threat that the poor will have additional assistance to raise out of poverty grows the fear that some portion of American society will get something for nothing–or that we’d have to pay more taxes.

To be clear, those who are not in poverty receive enormous benefits from the government—services that they often take for granted. These include but are not limited to American farmers, disaster victims, people with disabilities, the beneficiaries of highways, libraries, protection from violence. The list is long.

Yes but, many Americans argue, they pay taxes for those benefits. As if those in poverty don’t pay taxes or wouldn’t jump at the opportunity to pay more taxes given a chance to move past the stranglehold of economic impoverishment.

Keeping people in poverty provides a psychological benefit, a reward most Americans are reluctant to discuss. The poverty of others maintains their status. It affirms their worth. It allows those not in poverty to stand higher.

Poverty is present throughout the United States, but it is especially pernicious in the South-Eastern and South-Western areas of the county. Of the fifteen poorest States, all, except West Virginia and Ohio reside in these regions. Eleven of the 15 are governed by a Republican trifecta, meaning the Statehouse, Senate, and governor’s office are in Republican control. Neither party maintains such a hold in the remaining four states. In the 2020 presidential election, 12 of the 15 most impoverished states voted for Donald Trump. Among the three that voted for Joe Biden were Georgia and Arizona, where the total winning margin was less than 25,000 votes.

The 15 most impoverished states are primarily conservative. In most of these states, there is a substantial antipathy against the federal government. The antipathy is ironic in that most receive more federal dollars than they contribute. Many also have a legacy of systemic racism built into their laws and policies, more substantial than that found in the less impoverished states. Without a doubt, systemic racism contributes mightily to our long marriage to poverty.

Politicians in these most impoverished states often successfully campaign on a platform of “No new taxes,” “Do it the local Georgia way” (“Texas way,” etc.), and “Washington is bad.” Such regionalism has helped maintain substantial poverty levels by engaging in high levels of mass incarceration, resisting national health care, underfunding public schools, and maintaining a severe minimum wage. (Georgia, Louisiana, Mississippi, and Alabama have a minimum wage of $7.25.)

Over the past century, the United States has made little progress in reducing poverty and remains among the highest poverty countries in the Western world. We may not wish to believe that we like poverty, but too many Americans are unwilling to take steps to illuminate it.