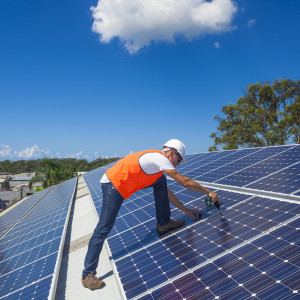 ITC Ruling on Suniva and SolarWorld Could Slow Solar Growth

On Friday, the U.S. International Trade Commission (ITC) issued its decision on an issue that is dividing the solar energy industry. In a unanimous vote, the ITC found that imports of cheap solar panels have caused injury to domestic solar manufacturers. The ITC will now present its findings to President Donald Trump, who will determine a proper remedial course of action. Suniva and SolarWorld, the two companies which introduced the ITC complaint, are pushing for a protective tariff. If passed, this could significantly increase consumer prices just as solar is getting off the ground as a green energy source.

Suniva and SolarWorld welcomed the decision, which they claim will help the industry survive. The companies are seeking a protective tariff of $0.40/watt on imported solar cells. After the ITC’s decision, SolarWorld announced that it would be expanding its U.S. operations.

“Our struggle has always been about keeping alive the pioneering U.S. solar-technology industry as well as its workforce, from Ph.D. scientists to line workers,” said Juergen Stein, CEO and president of SolarWorld Americas, in a statement. “With relief from surging imports in sight, we believe we can rev up our manufacturing engine and increase our economic impact.”

This impact is debatable though, since both Suniva and SolarWorld have limited production in the U.S. SolarWorld has one American manufacturing plant, which currently employs 300 people, down from 800 a few months ago. The company was forced to lay off the workers due to financial difficulties. Suniva filed for Chapter 11 bankruptcy this spring.

However, observers believe that imposing tariffs will likely do more harm than good. In August, when the ITC held informational hearings, Duke Energy, one of the nation’s largest electric utility companies, sent a letter warning the commission that the proposed tariff would raise the cost of solar projects by 30 percent or more, and as a result, “demand for modules would contract, perhaps even precipitously.” Other analysts estimate that tariffs could double the cost of solar power.

An analysis by Greentech Media (GTM), a market research firm focusing on green energy and jobs, estimates that 86 percent of American solar installations in 2016 used solar panels manufactured overseas. Under the proposed tariff, they, and others, expect that foreign imports will decline by half, while domestic module production gains would be limited.

They predict that without tariffs, the U.S. would install 72.5 GW of solar power between 2018 and 2022. With tariffs, however, the forecast falls to 25 GW. Not only would less solar power be installed, the report also predicted that tariffs would lead to 88,000 lost jobs, which would be spread across the country.

In its report, GTM noted that two global solar module leaders, SunPower and First Solar, conduct their research and development in the U.S., while manufacturing their products overseas, where costs are lower. Even with protective tariffs, it would likely be difficult to encourage manufacturers to come back. Building factories requires a large upfront expenditure, which companies are unlikely to earn back during the time frame of the tariff.

(Suniva and SolarWorld sought a Section 201 remedy, which limits tariffs to period of up to four years, with a potential extension up to eight. Thus far, all Section 201 tariffs ended earlier than this, after international pressure.)

Opponents of the tariff point to the steel industry as an example of how tariffs can hurt, rather than help, workers. More than 200,000 workers in steel-consuming industries in the U.S. lost their jobs in 2002 and 2003, after tariffs increased the cost of steel. In fact, a study from Georgetown University in 2013 found that out of the three industries (lamb meat, gluten, and pipe) to receive safeguard protections under Section 201, “none were restored to sustained competitiveness.”

Suniva and SolarWorld pushed back on these claims with a study by Mayer Brown, which predicts that tariffs “would result in a net gain in employment of at least between 114,796 and 144,298 jobs for the U.S. solar industry.” Part of this would be a continuation of the preexisting growth in solar installation, but the study predicts that “in very short order, a remedy that at a minimum restores existing U.S. solar cell and module production capacity would result in an increase of at least between 12,429 to 16,141 manufacturing jobs.” Mayer Brown argues that the GTM analysis underestimates the rate of growth in the industry but does not consider how increased prices could reduce demand for solar panels.

Both sides of the tariff dispute are preparing potential solutions to present to the ITC on October 3. After this, the commission will present its proposed solution to President Trump.