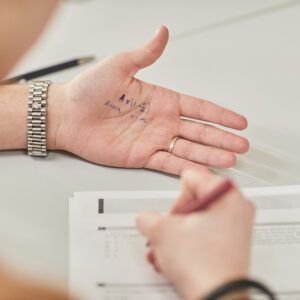 It’s Far Better to Prevent Cheating Rather Than Punish

My company — Meazure Learning, a testing solutions company — recently released a report highlighting the rates of potential and provable misconduct in remote educational assessments. That is to say, cheating on online exams. The numbers are worthy of attention.

In 2021, we recorded our most serious outcome, a confirmed breach of test rules, more than 200,000 times. In more than one in every 15 tests, a test-taker attempted to gain an unfair advantage.

Since our company does not proctor every single exam for every single school or testing body, these numbers represent a fraction of the entire testing universe. Our report covers just a small part of what is clearly a widespread and serious problem.

That we caught so many of these incidents is not the most significant part of the story, in my opinion. To me, the story is about the cheating that did not happen, the misconduct that our proctors were able to prevent and the related truth about exam security and test proctoring that most people probably don’t understand — test observers don’t want to catch cheating, we prefer to prevent it.

In 2021, nearly 70 percent of all tests would have started with unpermitted resources if test proctors did not see the rules violation and address it before the exam started. This would be a cell phone on a desk or notes open on a desktop or someone standing over the test-taker’s shoulder.

Not all of those situations would have resulted in actual misconduct. Simply having a cell phone on the desk does not mean you would use it to look up test answers. But some test-takers probably would have, and many more would have been tempted.

Reminding a student or other test-taker to put away their cell phone or take out their earbuds is a three-second intervention that not only might prevent a test-taker from doing something they might regret but it saves what could be months of administrative and legal headaches if that school decides to initiate a formal academic misconduct process.

In fact, even before it is passed along to the school, any suspected cheating incident is reviewed by a trained and supervised proctor at our company at least twice. From there, a suspected incident is reviewed again by the professor and potentially other administrators as they choose a course of action. Prevention makes academic integrity more scalable for everyone.

Let’s not forget the human cost. Consequences of cheating for examinees are real. Some rare cases can result in expulsion or permanent marks on transcripts, or being denied a career license after years of schooling. That can be a steep price to pay for what may be a bad decision spurred by temptation and the misplaced belief that no one was watching.

Those downstream outcomes of cheating — the time investment, the administrative cost, the reputational damage, the potential career and educational consequences — are significant. Consider again that we saw more than 200,000 cases of provable misconduct in 2021. Going through all that work for each case is daunting. Which makes it easy to see why everyone wants to spend time on the front end of cheating instead of investing so heavily after it happens.

Converting the bad that might have been into the targeted intervention at the beginning — the gentle reminder to follow the rules, the reality that people are watching and care that a test is fair — is the real value in exam proctoring.

As the cliché goes, an ounce of prevention is worth a pound of cure. No place is that more true than in remote testing where we all prefer to prevent instead of punish.

Jarrod Morgan is the founder and chief strategy officer of Meazure Learning. He wrote this for InsideSources.com.