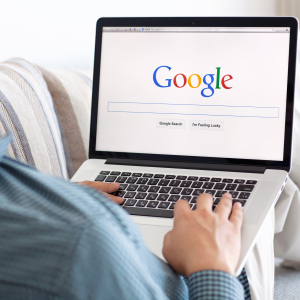 From the establishment of the EU’s “right to be forgotten” to proposals that EU member states build their own Internet (or “Schengen cloud”), European ideas have dominated much of the global discussion about Internet policy in recent months. And for those who disagree with these ideas, it is especially troubling that some EU lawmakers are calling for these policies to be enacted outside of the EU’s borders. For example, Paul Nemitz the European Commission’s Director of Fundamental Rights argued recently that website takedown requests ordered by the European Court of Justice should apply not just domestically, but globally. While Europe is certainly free within certain bounds to pursue its own Internet agenda at home, no nation or group of nations should be setting the rules for everyone else on the Internet. Unfortunately, these types of Internet policy conflicts are all too common, and threaten the basic organization of the Internet along with the continued growth of the digital economy. It is time for a new approach.

The underlying problem is that the European Union, along with many others, including the United States, has bought into the idea that the Internet should be governed by a set of universal rules. Nations then spend an inordinate amount of time and resources debating one-size-fits-all policies that they can never hope to agree on. For example, the United States and Germany will never see eye-to-eye on freedom of expression, and so it is pointless for them to seek common rules for this issue. Instead, there are many areas where nations should simply “agree to disagree” and stop trying to export their policies to the rest of the world.

In particular, nations should agree to stop pursuing policies that have an impact on those outside their borders. For example, Europe should be able to pursue the “right to be forgotten,” domestically, even if it has unintended consequences and substantial economic costs. However, it should not push this policy on other nations by extending the “right to be forgotten” beyond the country code top level domain (e.g., Google.fr for France) to the top level domains used by other parts of the world (e.g., Google.com). Requiring search engines to remove results for non-European users would create conflict with countries who do not share its values or priorities.

At the same time, there are areas of the Internet that require universal rules. For the Internet to function properly there must be global agreement on the core Internet architecture. We should not have two separate approaches, for example, to resolving Internet name disputes. But the best way to achieve such a universal, common Internet architecture is for nations to continue to rely on global, multi-stakeholder bodies like the Internet Corporation for Assigned Names and Numbers (ICANN) and the Internet Engineering Task Force (IETF) to define core technical functions, like the domain name system (DNS), and develop underlying technical standards. To that end, the European Union should work with its global allies to ensure that Internet policymaking stays in consensus-based forums like ICANN and IETF, and out of one country, one vote bodies like the International Telecommunications Union (ITU). Preserving the global interconnectivity of the Internet should remain inviolate for all nations.

But while nations should be able to have their own approaches to things like free speech and privacy, there are other areas where divergent national Internet policy will lead to significantly reduced global welfare, and this is particularly true with cross-border digital trade. Thus, while nations should have the leeway to regulate the Internet domestically, they should not do this as a cover for trade protectionism. For example, if a nation tried to ban the use of Internet telephony services (e.g., Skype) to protect its domestic telecom provider, that policy should be challenged in an appropriate international body, such as the World Trade Organization. Nations can also likely find opportunities to build international consensus on common goals including combating denial of service attacks, spam, and online fraud. Countries interested in addressing these problems should work together to create new forums and agreements to foster cooperation on these issues

The Internet presents unique challenges for policymakers in all nations. While the framework proposed here is conceptually simple, it is needed to promote a global Internet where countries can work together even if they do not agree on the same goals or values. Instead of seeking to impose their ideas on the rest of the world, European nations should work to create policies that do not have spillover effects for domestic issues and global partnerships to address cross-border issues. Fundamentally, we need a framework for Internet policy that recognizes the inherent differences between nations, but at the same time respects the global nature of the Internet architecture itself.