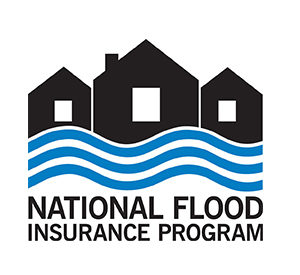 It’s Time for Congress to Reform the Flood Insurance Program

Since September 2017, lawmakers had passed nine short-term extensions to the National Flood Insurance Program (NFIP), which covers more than 5.1 million flood policies throughout the country and provides vital assistance to disaster-stricken communities. On December 21, 2018, they did it again, voting to keep the program afloat until May 31, 2019.

Kicking the can down the road may be politically expedient, but Congress can’t put off fundamental reform of the NFIP forever. The NFIP’s financial condition continues to deteriorate with no end in sight; it owes $20.5 billion to the U.S. Treasury and its operating expenses outstrip its revenues from premiums by about $1.4 billion annually — and that’s assuming that no major disasters like Hurricane Katrina or Superstorm Sandy strike.

The program’s design flaws are well-documented, but Congress has not shown the will to do anything about them.

For example, as currently structured, the NFIP fails to create strong incentives for communities to take preventative steps — through better land use management, improved building codes, and other measures — to mitigate the financial costs of floods.

Top emergency management officials from both Republican and Democratic administrations agree that the NFIP — which embodies, in their words, “a deluge of damaging policy” — needs to be reformed to not only provide the funds to rebuild after storms, but the incentive to rebuild “smarter” in a way that makes future damage less likely.

One of Rep. Luetkemeyer’s proposals — long championed by reform advocates — is to direct the NFIP to base premiums on a property’s replacement cost value, as private insurers do, instead of continuing the practice of using national averages that fail to capture relevant property-level differences in valuation and risk. The NFIP’s current approach undercharges wealthy, coastal customers and overcharges lower-income homeowners, making policyholders with the fewest means subsidize those with the most expensive homes. Charging homeowners accurate, risk-based premiums would end this unfairness and improve the NFIP’s financial position.

Another major problem is that many of the flood maps the NFIP uses to set premiums and allocate resources are decades out of date. Some communities rely on maps created in the 1970s, and a recent Inspector General report found that only 42 percent of the NFIP’s maps “adequately identified the level of flood risk.” Flood mapping is currently controlled in Washington with no official input from local communities. Rep. Luetkemeyer has introduced the Community Mapping Act to allow states and communities todevelop their own flood maps, as long as they meet the NFIP’s standards, to better inform policymaking.

Yet another proposal would require the NFIP to transfer the risk of flood losses to the private market through reinsurance, limiting taxpayers’ exposure in the event of an exceptionally damaging disaster like Hurricane Katrina or Superstorm Sandy. The NFIP has already begun using reinsurance to mitigate some of its financial risk, but it needs to go further and transfer risks to the private sector.

A final proposal from Rep. Luetkemeyer would allow commercial properties to opt-out of the NFIP’s requirement to purchase flood insurance that conforms to federal guidelines. Regulatory uncertainty about what exactly the federal guidelines require has discouraged many businesses from purchasing private insurance coverage better suited to their needs. Removing the mandatory purchase requirement altogether would help spur the private market, which often offers lower premiums.

Lawmakers have until the end of May to debate meaningful reforms to the NFIP. Rep. Luetkemeyer’s proposals are an excellent start, and they deserve careful consideration.