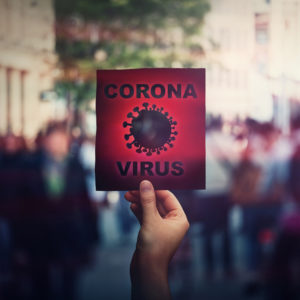 With the delta variant raging and COVID cases rising, the CDC has issued new guidelines and many municipalities have reinstated mask mandates. According to the CDC, only 60 percent of eligible Americans 18 and over are fully vaccinated. The medical community and public officials are struggling to find a way to convince the lagging forty percent of eligible Americans to get the shot. They’re struggling because we still don’t know enough about what will really move vaccine holdouts to get the jab. And to find out, we need to test message impacts the same way we tested the vaccine – randomized-controlled trials (RCTs).

Our messaging on vaccination has remained fairly static, with some officials calling for an even more unified message. And while some randomized message experiments have been conducted, many more need to be run. Tackling this problem requires we take a closer look at the diversity of the unvaccinated population. As Geoffrey Skelley wrote at Five Thirty Eight, unvaccinated Americans are not a homogenous group. Partisanship plays a large role – he reminds readers that studies show between 20 and 30 percent of Republicans say they won’t get the shot – but the unvaccinated are also generally “younger, less well-educated and poorer; they are also more likely to be a person of color.”

Leaders in government, healthcare, and the media continue to present messages they have prioritized as most important, rather than considering what will actually motivate and change behavior among various subsets of the unvaccinated. In the words of the CDC, “the war has changed” and we must reconsider what messages – and combinations of messages – messengers, and even delivery systems are most effective at changing minds and behavior.

In the field of political behavior – where I spend much of my time – we know that when people receive a competing argument, it’s disrupting. New information often makes people question their assumptions about an idea or issue, spurs them to seek out additional information, and ultimately changes behavior. That’s why it’s time we test new messaging regarding the COVID vaccines.

Medical researchers and regulators at the FDA who required randomized controlled trials to determine the efficacy and safety of the vaccines, now ought to support running a huge range of randomized controlled messaging trials to boost our stalled vaccination rates. It’s important to stress this point. Vaccine researchers didn’t ask participants if the vaccine was working. Some participants received the vaccine, while others received a placebo, and they observed differences between the groups in outcomes like hospitalization and death.

Similarly, we can’t simply ask unvaccinated Americans what they think of a certain message – or why they’re not getting the vaccine – people are notoriously bad at introspection and good at rationalization.  Instead, we must conduct messaging trials in which we present respondents with different messages in favor of getting vaccinated – delivered in varying ways – and observe how it changes their willingness to vaccinate and actual vaccination rates compared to a control group.

As a social science researcher who conducts RCTs across a wide range of issue areas and industries, here are three messages I’d recommend we explore the following.

First, concerns over falling ill and missing work appear to drive vaccine reluctance among some lower-income and minority Americans. Is that a rationalization for not getting vaccinated, or would messages that address this concern move them to vaccinate? What if we emphasize that most people don’t need to miss work? Or combine this message with different policies – such as a federal tax credit to cover childcare or time off of work – to help offset lingering concerns? Additional treatment groups might be reminded that the delta variant is more contagious and aggressive, putting unvaccinated individuals at even great risk of lost work hours.

Second, some vaccine skeptics might not realize that the FDA has now fully approved the vaccines – instead of relying on an earlier “emergency-use authorization.” For government skeptics especially, testing how they respond to a message stating the FDA has given final approval could prove effective – or, again, maybe this stated concern is just an excuse. We won’t know unless it’s tested.

Finally, it’s clear that anti-vaccine peer pressure is causing individuals in some states with lower vaccination rates like Missouri to be reticent about receiving the jab. That’s why it’s critical we test messages that stress vaccine status is private and not publicly available. Political science experiments have demonstrated informing non-voters (the vote-hesitant) about ballot secrecy can boost turnout – so perhaps informing the vaccine-hesitant about medical secrecy could boost vaccine uptake.

President Joe Biden recently made a push to encourage vaccinations by focusing on new rules for federal employees and contractors, stressing that, “vaccines are the best defense against you getting severely ill from COVID-19 — the very best defense.” But this “Wash, Rinse, Repeat” approach is not working well enough or fast enough. If we truly want to change people’s behavior – and put this pandemic behind us once and for all – we must invest in testing our messaging as rigorously and extensively as we did our vaccines.

Adam Schaeffer is founder of Evolving Strategies and managing partner of ES Partners. He wrote this for InsideSources.com.