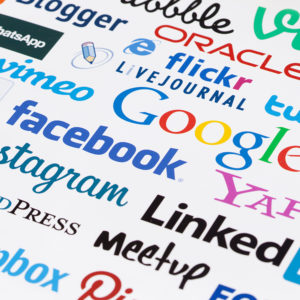 The enduring image of the old American west, as propagated into our consciousness through film and TV, is dominated by the outlaw, the two-dimensional villain upon whose climactic demise justice prevails. Our hero, the lawman, carries the burden of law and order squarely on his shoulders and in his holster. There is no visit to the courthouse; “High Noon” is settled face to face, in the grit and the dirt, with not a single demurrer or interlocutory appeal on the horizon. There is no flipping through calendars to set a date for a settlement meeting.

As a nation grounded in the rule of law, it is a bit curious that we at times embrace and even idolize the fictional outlaw: the elegant jewel thief, the dapper mob boss, the cadre of talented conspirators seeking to penetrate the impenetrable bank vault. In reality, today’s outlaws operate within the corporate campuses of the world’s largest tech firms and are far less charming. Since big tech has taken root, their business models have primarily been defined by treating the laws of commerce and technology as mere suggestions in their crusade for market dominance. As we have learned through the years and seen across continents, defying the law is the cornerstone of their business model. The occasional fine or sanction that falls their way is but a nuisance tolerated on their ledgers as just the cost of doing business.

Both Congress and state legislatures are now responding to big tech’s recalcitrance toward lawful behavior through a slew of legislative proposals with real teeth to finally hold the mammoth tech companies accountable. Predictably, big tech is now squawking. Given their lengthy and growing list of infractions on privacy, data security, censorship, anti-competitive business practices, and outright theft, big tech’s petitions to lawmakers to keep their hands off the legal framework in which they currently operate is a thoroughly indefensible position. Let’s review.

Google (parent company Alphabet) enjoys a near monopoly on online and mobile search and advertising through its control of the technology that determines who gets to see what and which results are returned through internet searches. Imagine a business whose competitor gets to control when, how, and by whom its products or services are seen. It’s a clear anti-competitive advantage that is not permitted to exist in any other market. Still, it is the lifeblood of Google’s business model that generated nearly a quarter of a trillion dollars in revenue last year.

Regulators in Europe have handed Google a $5 billion fine for antitrust violations stemming from its manipulation of the Android mobile operating system and an additional $2.8 billion fine for favoring its online shopping tools in what the European Commission called an “abuse” over smaller competitors. As Google’s army of lawyers dragged out appeals, Spain slapped them on the wrist for “serious breaches” of the European Union’s General Data Protection Regulation (GDPR).

Meanwhile in the United States, top executives, including Google’s CEO, were caught instructing employees to hide incriminating emails from a Federal Trade Commission antitrust investigation. When Google paid a $170 million fine to the FTC for violating children’s privacy with its YouTube platform, it made millions by making this data available to advertisers.

Overall these fines are a paltry fraction of Google’s profits and fail to inflict the required financial pain to halt their rapacious appetite for collecting, selling and manipulating data beyond what the law allows. At the end of the day, crime pays, which seems to be all that matters.

In 2011, Facebook (now Meta) was forced into an agreement with the FTC, confessing to at least eight counts of online practices that included misleading its account holders and failing to keep their express covenants of user privacy. Eight years later, the FTC finally caught up to them for failing to uphold this agreement and levied a $5 billion fine. Given that Facebook’s revenue climbed from $3 billion to more than $70 billion over the eight years it profited by engaging in the illegal collection and sale of user data, it’s clear who got the better end of that deal.

The U.K. followed suit in 2021 by fining Facebook for “consciously refusing to report all the required information” concerning an enforcement order. Facebook’s punishment? A laughable $70 million fine in the same calendar year that saw their revenue top over $117 billion.

Again and again, we see big tech’s business model on full display, profits built on the deliberate flouting of domestic and international laws, while behaving with all the subtlety of a speeding driver attempting to stuff a $100 bill into a patrol officer’s front pocket.

Then we have Amazon, the nation’s largest online retailer, which, when not stealing their sellers’ product ideas and customer data to advantage their own proprietary wares, is suckering consumers into unwittingly signing up for their Prime membership with something called “dark patterns” — deliberately deceptive and confusing online user interfaces. All of this happened under the watch of former Amazon CEO Jeff Bezos, now the second richest man in the world with a net worth somewhere between $130 billion to $170 billion, depending on the day. It’s a safe bet the ongoing FTC investigation isn’t going to elevate his stress levels even microscopically.

The largest player in the cellular device and mobile app sector is not to be lost, good old Apple, the world’s first $3 trillion company (if only for a brief moment). As attorney Damien Geradin explained on the Platform Law Blog, the GAFA (Google/Amazon/Facebook/Apple) playbook is predicated on taking a judgment for non-compliance that amounts to mere pennies on the dollar and dragging out the process with an army of attorneys. As the regulatory court docket piles up, the tech companies don’t actually alter their conduct.

Said Geradin, “There used to be a time where even large companies were hurt by financial penalties or had enough respect for the rule of law to comply with legislation. … But it seems that Apple considers itself above the law.” This in response to numerous charges of deliberate anti-competitive practices levied against Apple by the E.U., the Dutch, and the U.S. Congress, which is crafting legislation to stop their gouging of app developers and punitive restrictions on its Apple Store platform.

Remember that the hit list from these corporate scofflaws represents only that which is publicly known regarding their odious business practices. Tech’s ability to rig the digital marketplace in new and innovative ways is their stock-in-trade, as is their expertise in cloaking their activities from agencies and regulators who will always play catch-up in the complex world of digital technology. Laws and regulations will naturally lag to some degree in the technology sector, Still, big tech’s track record of deliberate and willful disregard for existing law is beyond stark, as is their disregard for fair market competition and the consumers they have built their fortunes. They operate in a digital netherworld, with algorithms held tighter than the formula for Coke while experiencing explosive, off-the-chart growth even during mounting investigations and low public approval.

There is nothing wrong with big tech — or any company — making a healthy profit. The issue is how they are making their profits and the impact of their lawless behavior on consumers, their competitors, and the future of our innovation economy. Twenty-five years ago when tech was nascent, Washington, in its wisdom, largely left the industry alone, to grow, flourish, and find its path. These are the world’s largest companies, with market caps exceeding a trillion dollars yet still operating within a regulatory framework within the Telecommunications Act of 1996. But we are long past the time of using decades-old regulatory frameworks to check their enormous power over nearly every area of our economy and every facet of our lives.

Without legislative action, big tech knows they will still run the show and continue to trample down the laws in a way most companies would never consider doing, let alone get away with. They further know that playing fair and by the rules puts them at a competitive disadvantage in how a free and fair election threatens a tin-pot dictator. Their monopoly-like grip on the market segments they now control empowers them to simply gobble up competitors and pass off their innovation as their own. Little by little, however, the tide is turning, with several new state laws holding them accountable for arbitrary political censorship and anti-competitive practices. Indeed, the 5th Circuit Court of Appeals ruled last month to allow a Texas law to go into effect that prevents big techs from exercising unilateral control of speech and commerce on their platforms. However, that ruling was recently granted a stay by the Supreme Court.

Congress is finally stepping up to the plate more comprehensively to level the playing field with several pieces of legislation. The most important bill now being considered is the American Innovation and Choice Online Act, a sign that Congress has finally awoken to the fact that big tech became so powerful precisely because of a regulatory framework that was all bark and no bite. The act is the first step in setting clear ground rules on what constitutes anti-competitive behavior in the digital marketplace and carries severe penalties. Big tech and their lobbyists are well-funded and sounding off boat horns that this will kill innovation and stifle the marketplace, which is to be expected.

If passed, litigation and federal agency rules will be sure to follow, all part of the sausage-making of public policy. This is already a topic of intense debate, but what remains beyond dispute is that much stiffer action must be taken in response to big tech’s transgressions against current law as a primary generator of profits and growth. The federal bills are moving forward with healthy bipartisan support, which is both necessary and promising. Rules exist for a reason, and big tech has lived outside them for too long. Like the outlaws of the old west, they seem determined to break the law as often as possible in their thirst for more loot and the power that goes with it. The only question is: how soon until the sheriff arrives?