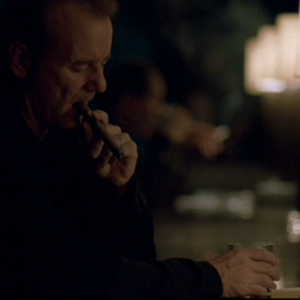 Bill Murray at the New York Bar in Lost in Translation.
[IS] Opinions

On a trip to Tokyo last month, I stayed at the Park Hyatt spending most evenings enjoying jazz in the iconic New York Bar, made famous by the film Lost in Translation. Smoking is allowed at the bar. And as I was smoking a cigar, I looked around at the other patrons. Among the Japanese men and women at the bar, everyone I saw was not smoking cigarettes or cigars, but instead using the heat-not-burn IQOS.

I had previously seen IQOS, a harm-reduction device that heats tobacco, at a sleek Apple-like store in London. Made by Phillip Morris International (PMI), IQOS is one step for the company to eventually achieve a stated goal of phasing out its cigarette business. The IQOS heats the tobacco product placed in the device to a temperature that only yields vapor and not smoke. Burning is considered the most extreme risk scenario when ingesting nicotine because of the carcinogens and other toxins produced in the burning process.

While other countries, like Japan and the U.K., are seeing smokers quickly switch to heat-not-burn, IQOS has not been available in the U.S. – until now.

The U.S. Food and Drug Administration (FDA) on Tuesday announced it has approved the marketing of IQOS. “While the authorization of new tobacco products doesn’t mean they are safe, the review process makes certain that the marketing of the products is appropriate for the protection of the public health, taking into account the risks and benefits to the population as a whole,” FDA’s Center for Tobacco Products Director Mitch Zeller said in a statement. The FDA has not yet approved a separate application to market the IQOS as a modified risk tobacco product.

Japan was one of the first markets for PMI’s IQOS device. According to data provided by PMI, over 9.6 million people from around the world are IQOS users, with 69 percent of those switching entirely from combustible tobacco cigarettes to IQOS. But why were all the Japanese people I saw choosing IQOS over cigarettes?

Upon seeing the popularity of the IQOS device in Japan, I reached out to PMI to learn more about the product’s success. The company sat me down with Dr. Ruth Dempsey, who served as PMI’s chief scientist from 2008 to 2015.

PMI research into the product found that IQOS users were unlikely to increase tobacco consumption. Other research further solidifies the company’s argument that IQOS can serve as a bridge to smoking cessation as harm is reduced compared to consumers who continue to use cigarettes. A PMI-sponsored toxicological analysis found that the aerosol IQOS devices produce was 85 to 95 percent less toxic than typical smoke. Clinical studies from PMI show that both smoking cessation and heat-not-burn offer similar reductions in specific toxins present in the blood of smokers. A study in mice also indicated reduced risk.

There have been nine clinical studies conducted in the U.S., U.K., and Japan with a number of exposure and cessation studies conducted. Results pointed to some scenario of reduced harm throughout the series of studies. All of the research currently available still collectively finds that the IQOS does not come without risk to health, but very little independent research has been performed on heat-not-burn. 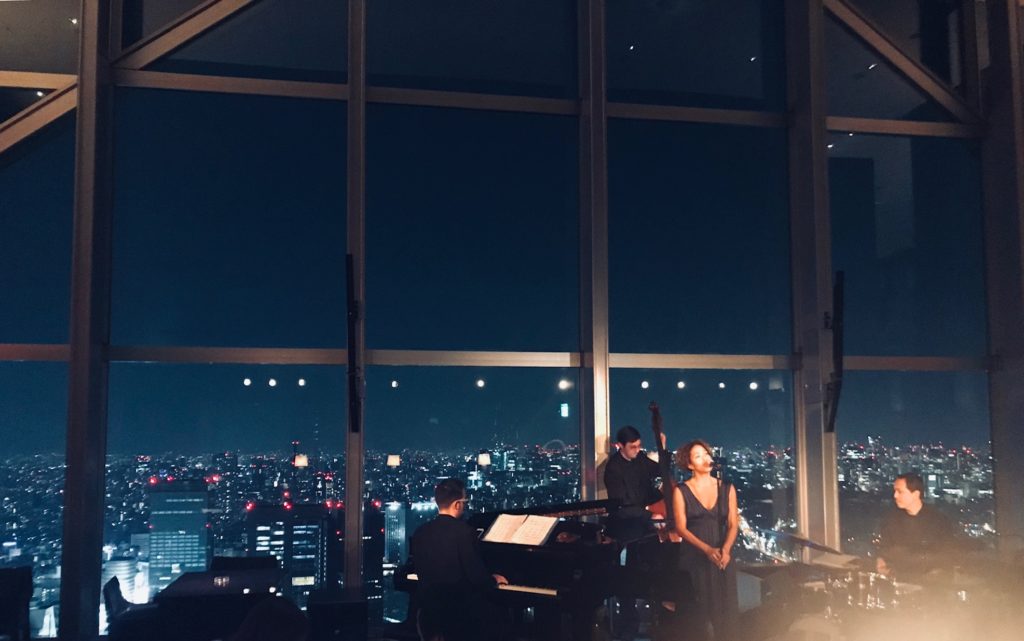 The New York Bar at the Park Hyatt Tokyo.

Academics from around the world are torn when it comes to the question: Is PMI’s IQOS device safer than smoking a combustible cigarette? Stanton Glantz, a leading tobacco control researcher and political activist at the University of California, San Francisco, has led a series of studies that collectively argue against reduced harm in e-cigarettes. In a public comment Glantz submitted to the FDA, he argues that “PMI’s own data supports the conclusion that IQOS is no different from conventional cigarettes in terms of effects” when considering the statistical confidence intervals.

However, there are other considerations. Dr. Konstantinos Farsalinos, a Research Fellow at Onassis Cardiac Surgery Center in Athens, told me recently: “For those people who are unable or unwilling to quit smoking by themselves or with approved medications, e-cigarettes and other alternative harm reduction products represent a viable and very important alternative—because the worst option and the worst choice is to continue to smoke cigarettes.” And unless these products are used more widely, it will remain difficult to determine how much they reduce risk compared to smoking.

With the FDA’s announcement, it would seem there is an opportunity for the U.S. to catch up to other countries in potentially reducing the risk to smokers as we continue examining the costs and benefits of these devices. Soon, Americans travelling abroad won’t be confused as we see the high use of IQOS in other countries.