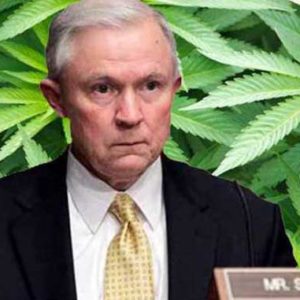 Red and blue both claimed victory last week, but the clear winner was green.

In almost every state where it was up for a vote, medical (and recreational) marijuana initiatives were heartily approved.

These included Michigan and Missouri. Even Utah — a very conservative state — said yes to medical marijuana, by a healthy 53 percent in favor.

Arguably, it was a vote in keeping with the conservative principles that decisions about such things ought to be made by the people most directly affected by them rather than by distant bureaucrats who are — at best — remotely accountable to them. And not infrequently at odds with them.

It is the principle of federalism.

This principle is enshrined in the 10th Amendment to the Constitution, which leaves to the states — and the people in those states — the authority to decide on matters not specifically under the purview of the federal government.

It reads: “The powers not delegated to the United States by the Constitution, nor prohibited by it to the States, are reserved to the States respectively, or to the people.”

The irascible attorney general of the United States apparently disagreed with this principle — at least when it came to the marijuana issue. He has been at very public loggerheads with President Trump over marijuana policy since his first day in office — even to the extent of threatening to send Shock Troops to enforce federal marijuana prohibition as a counter to state-level legalization, using the 1970 Controlled Substances Act as his cudgel.

The president, in contrast, has repeatedly expressed zero interest in Sessions’ jihad. He has publicly stated that marijuana legalization is properly the states’ business — not Washington’s.

Former White House communications director Anthony Scaramucci told Charles Peralo of Succeed.com that “I think (the president) is going to legalize marijuana after the midterms.”

Which may well be why Sessions suddenly finds himself the former attorney general. The president fired Sessions almost immediately after the polls closed last Tuesday evening.

A good businessman — which Trump certainly is — knows when something’s not selling. And Sessions’ tilting at marijuana windmills had become nationally unpopular.

An October 8 poll by the Pew Research Center found that 62 percent of all Americans now favor marijuana legalization. The fact that even Utah voted yes may have been enough to persuade the president to say no to Sessions.

Voters in Texas also said no to Sessions — a different one (longtime Republican Rep. Pete Sessions) but one who advocated the same Washington-knows-best policies as the other Sessions.

The Texas Sessions lost his re-election bid to Democratic newcomer Colin Allred, a retired NFL star who openly supported medical marijuana. During the campaign, he Tweeted: “It is unfortunate that Pete Sessions refuses to acknowledge that medical marijuana can help our veterans who are coming back from war who are struggling with PTSD and chronic pain.”

Sessions’ “reefer madness” helped cost him his seat. The president is smart enough to not to let it cost him his.

Though conservatives lost a seat to “reefer madness,” the upside is that  soon-to-be-ex Rep. Sessions will no longer head the House Rules Committee and be in a position to block Congress from voting to pass medical marijuana reform — something he consistently did during the 20 years he held the seat that he just lost.

This means there is a very good chance the STATES Act might get traction when the new Congress goes into session next year. It would amend the federal Controlled Substances Act — the cudgel wielded by the now-ex-attorney general — to immunize individuals involved in “the manufacture, production, dispensation, administration, or delivery” of marijuana from persecution by federal Shock Troops.

The act also specifically addresses the current problem of most financial institutions — which are subject to federal banking regulations — being unwilling to do business with legal medical/recreational businesses in their states out of fear of federal prosecution.

This has been one of the backhanded means by which the Two Sessionses — and other Washington Swamp Things — have stymied marijuana reform even in states where reform has already been passed.

It is difficult to run a legitimate business when you can’t open a bank account — or process credit/debit card transactions. The STATES Act would fix that problem.

The legislation is supported by conservatives such as Sen. Rand Paul of Kentucky (where Republican state Rep. Jason Nemes has sponsored a medical marijuana bill he expects will pass “within a year”) and Corey Gardner of Colorado (which has already legalized both medical and recreational marijuana) as well as lawmakers on the opposite side of the aisle such as Sen. Elizabeth Warren of Massachusetts, who is the main sponsor of the STATES act.