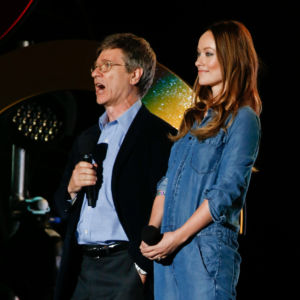 Economist Jeffrey Sachs is preparing to testify this week at a House Oversight Committee hearing that delves into “the scientific consensus on climate change established in the 1980s, the role of the fossil fuel industry in spreading misinformation, and the consequences of policy inaction.” No, the hearing isn’t about Sachs himself who sometimes pushes his political agenda with flawed information, but it just as well could be.

Sachs is perhaps best known as a frequent commentator on cable news and for his advocacy on global poverty. He proffers a range of go-to solutions to bring The End of Poverty, which is the title of his 2005 book on the subject. He believes wealthy countries need to forgive the debt of poor countries, drastically increase foreign aid, and pay for the damages brought on by climate change. At times, Sachs waxes Malthusian as he discusses a need for population control to help reduce poverty.

In The End of Poverty, Sachs argued that there was a need for a Big Plan, detailed with specific proposals and lots and lots of funding. But critic William Easterly, an economist at New York University, wrote at the time:

[T]he broader development successes of recent decades, most of them in Asia, happened without the Big Plan — and without significant foreign aid as a proportion of the recipient country’s income. Gradual free market reforms in China and India in the 1980s and ’90s (which Sachs implausibly argues were shock therapy in disguise) have brought rapid growth. Moreover, the West itself achieved gradual success through piecemeal democratic and market reforms over many centuries, not through top-down Big Plans offered by outsiders. Do we try out shock therapy only on the powerless poor?

“Success in ending the poverty trap,” Sachs writes, “will be much easier than it appears.” Really? If it’s so easy, why haven’t five decades of effort gotten the job done? Sachs should redirect some of his outrage at the question of why the previous $2.3 trillion didn’t reach the poor so that the next $2.3 trillion does. In fact, ending poverty is not easy at all.

Sachs seems to quickly fall back on his favorite solutions. In 2015, he went a bit further than advocating just debt forgiveness as his plan for the Greek debt crisis. According to Greece’s then-finance minister, Sachs counseled him repeatedly to default on debt if the country’s demands to creditors weren’t met.

Partly leaving behind his focus on poverty, Sachs now fashions himself the much-trendier climate crusader. As he prepares to testify on the issue this week, the Columbia professor has been willing to set aside academic rigor in favor of being a political actor. Sachs has called for oil companies to be held liable for climate change, just as Big Tobacco was held liable for smoking deaths. It’s an extreme position even for someone with Sachs’ track record.

Sachs even pushes deeply flawed research in his call to hold oil companies liable. In an op-ed on the subject, Sachs points to the research of Naomi Oreskes and Geoffrey Supran, both anti-oil activists who began their research with the political goal of proving oil companies were misleading the world on climate change and who then pieced together data that magically reached their preconceived conclusion. The researchers made public statements that the public had been misled before they even began their research. As InsideSources has previously reported, the discredited research relied on a range of flawed quantitative techniques, not to mention the fact it ignores that the subject of the research, ExxonMobil, was two separate companies for most of the period studied.

Hopefully Mr. Sachs does his own research before his testimony this week.