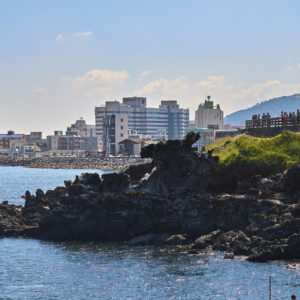 Is the U.S. to Blame for the Massacre on Jeju?

CHICAGO – If the Korean War is America’s “forgotten war,” the Jeju uprising that erupted 70 years ago this month is America’s non-war.

Ask U.S. officials about America’s responsibility for the strife that cost the lives of about 30,000 people on the island of Jeju, off South Korea’s southern coast, from April 3, 1948 to 1954, and they profess either to know nothing about it or to deny that Americans had anything to do with it.  Whatever the Americans might say, however, a movement led by the Memorial Committee for the 70th Anniversary of the Jeju April 3rd Uprising and Massacre, based in Jeju, pins much of the blame on the U.S.

That was the takeaway from a one-day conference at the International House of the University of Chicago that I have just attended as a discussant. Before getting into the debate of U.S. responsibility, I should note that the highlight of the conference was not the blame game but the testimony of two Jeju citizens who were tortured, and imprisoned but survived.

One of them, Boo Won-hyu, told how “they kept hitting me over and over again” before jailing him in Incheon. The other, Park Dong-su, said he was “tortured, hit on my legs with wooden bars” and also shipped off to Incheon.

Both of them made one specific request. They want the government to expunge the criminal records that have plagued them and their families ever since they were found guilty and sentenced without trial.

As Park, a teenager when he was arrested, put it, “I would like the government to restore my dignity.”

For many of those at the forefront of a conscious-raising attempt to make the world aware of the suffering inflicted on Jeju, the goal is more far-reaching. They claim the U.S. Military Government in Korea, in charge south of the 38th parallel from the time of the Japanese surrender on Aug. 15, 1945, drove the South Korean police and soldiers to carry out the killing.

The basis for this claim is that American military officers, led by Lieutenant General John Hodge, commander of the American occupation, exercised control over the South at least until Aug. 15, 1948, third anniversary of the Japanese surrender, when Syngman Rhee was elected the first president of the newly born Republic of Korea. After that, the Americans still had operational control over the South Korean armed forces.

Accusations against the U.S. have the strong support of Bruce Cumings, University of Chicago history professor who has been writing for decades about modern Korean history with a heavy emphasis on the U.S. role.  It’s “important for Americans to understand,” he told the conference, “Americans were directing, in some cases, the suppression.” The U.S., he said, bears “a deep, deep American responsibility.”

One looks in vain, however, for hard evidence of what the Americans were really doing on Jeju in the period from April 3, 1948, when “an armed uprising occurred,” in the measured language of a booklet in English published by the Memorial Committee entitled, “What is the Jeju April 3rd Uprising and Massacre?”

Nearly four weeks later Major General William Dean, Hodge’s right-hand man as commander of U.S. forces in Korea, went to Jeju on what the booklet says was “a secret mission” before “a crackdown policy was followed.” The inference is that Dean played a role in the killing that reached a crescendo before North Korean forces invaded in June 1950. (Dean, by then commanding a division of U.S. troops, was captured as the North Koreans rolled south.) The assumption on the part of some of the speakers was that the Jeju massacre, if not carried out personally by the Americans, was directed by them.

“The South Korean military and police launched a scorched earth operation to break down the communists on Cheju Island, and the role of the U.S. military force was crucial in this time,” according to a paper presented by Hur Sang-soo, director of the Korea Social Science Institute. The uprising “was an indispensable choice,” he believes, “to resist the oppression of the U.S. military.”

Kunihiko Yoshida, a professor from Hokkaido University, argued the U.S. “should take full responsibility” and pay reparations. He admits, though, “there might be hurdles.”

In fact, only a handful of American advisers were on Jeju. Judging from their references to the killings, they had little understanding of what was going on, much less what to do about it. That’s a familiar story as the U.S. plunges in and out of conflict on distant fronts worldwide.