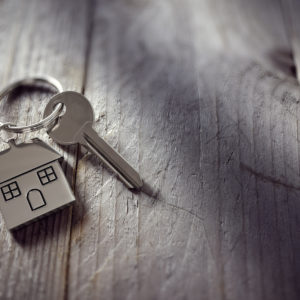 To  follow the headlines, millennials are a confusing breed, particularly when it comes to housing. This generation, currently in their twenties and early-thirties, has been the subject of more social prediction than perhaps any other. In the wake of the collapse of the housing market in the early 2000s, their living choices have been of particular interest. And on the list of expensive coastal cities, Washington, D.C. is in the top ten. It’s a dubious distinction and one that causes many to suggest that millennials should move to the Midwest, where their odds of buying a house are much higher. What these suggestions fail to consider, however, is the effect the broader economic picture of an area, including hiring rates and average salaries, has on millennials’ housing choices.

For several years now, various publications have predicted the peak of urban millennials. First they were all supposed to move in 2013, then 2014. Last year, Reuters asked if 2017 would be the year millennials buy houses. While the real estate industry is yearning for new buyers, so far millennials have yet to call the bank and sign the forms. Instead, many are moving to areas where home prices are far above the national average, such as the Washington, D.C. metro.

According to Zillow, the average home price in Washington, D.C. is $550,200 and has increased 9 percent since last year. It’s a continuation of a trend that saw home values in the District continue to climb even as prices leveled off in the rest of the country.

In a Rent.com survey, 43 percent of millennials said that job opportunities were their primary reason for moving away from their college towns. To put things in perspective, that is more than twice the percentage of millennials who moved to be closer to family. On the whole, millennials are often planning to move again as new opportunities present themselves.

In short, economics, not location, drive housing choices. Washington, D.C. has a favorable job market. Not only is hiring high, so are annual salaries. For the country overall, average salaries for those between 25 and 34 are $34,000 for men and $25,000 for women. In Washington, however, the median income is $43,000, one of the highest in the nation. Higher salaries reflect both a strong job market and show that area residents also have more income to spend on rent.

This connection between the availability of jobs and housing prices is an important element in why millennials continue to be drawn to the District in spite of its lack of affordability.

The Washington housing market reflects the hiring market of the city. Hiring in the District attracts new residents who are primarily young and educated. This puts additional pressure on the housing market since most people in this demographic also have good credit. Instead of sifting through applicants on the basis of their income, management companies and landlords are more likely to raise prices.

In the end, millennials’ housing choices are not some grand mystery. They reflects economic pressures that encourage people to move to where jobs are readily available and wages are higher. These conditions also foster higher prices for both rent and home purchase. Or, to paraphrase President Bill Clinton: It’s the jobs, stupid!