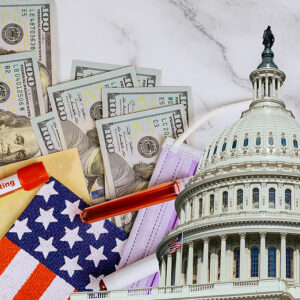 Biden Jobs Plan Depends on Too Many Faulty Assumptions

On March 31, the Biden administration unveiled the $2 trillion American Jobs Plan (AJP), a new infrastructure plan that contains some concerning broadband provisions which would be harmful to internet consumers.

The plan allocates $100 billion for investment in broadband intending to bring “affordable, reliable, and high-speed internet to every American.” The plan aims to do this in three key ways. First, it commits to work with Congress on solutions to bring down internet prices, which the document claims are “highest among OECD countries.” Second, the plan prioritizes using only fiber technology in areas without an internet connection over a “technology-neutral” approach that would allow for different types of network infrastructure to be deployed. Finally, AJP prioritizes funds for government-owned, operated or affiliated services over more efficient private providers.

The administration hopes these strategies will allow for the remaining 30 million Americans without internet access to reap the benefits of broadband connectivity.

Despite the good intentions behind this plan, all three strategies outlined in the AJP are built on flawed assumptions. Creating a radical broadband infrastructure plan on these assumptions would be detrimental to achieving the long-term goal of delivering fast and reliable internet service to consumers.

Contrary to what the plan claims, internet prices in the U.S. are more affordable than in other countries. Studies that rank the U.S. below peer countries in internet affordability almost universally fail to consider its price relative to consumer income. Income is an important factor to consider because U.S. employees earn on average nearly $20,000 more per year than workers in other OECD nations. When taking into account various factors, the U.S. ranked third in the overall rankings accounting for availability, affordability, relevance, and readiness in 2020 according to The Economist Index; and in the category of affordability, the U.S. was first in 2020.

Moreover, compared to western Europe, the U.S. is half as dense, which means that the cost of stringing fiber would be substantially higher than in Europe. Yet, its prices are more favorable.

Operating on the false assumption that internet prices are much higher than in other nations leads to policy recommendations that would be detrimental to consumers, such as favoring government-owned networks and price caps. Constraints on internet service prices would limit revenues for providers and disincentivize investment in new and state-of-the-art broadband infrastructure. Less investment into broadband would cost the American economy up to 700,000 new jobs and as much as $80 billion in added GDP over the next decade.

But the high price of broadband is not the only flawed assumption in the American Jobs Plan. The plan also presumes that “fiber only” technology is the best way to expand access to broadband. While fiber optic networks can offer tremendous internet speeds, delivering this network to consumers in rural areas would be incredibly difficult and expensive. Building fiber networks in the 14% of areas lacking access would cost around $80 billion.

Reaching universal coverage will require the creative usage of a plethora of other more efficient and competitive wireless technologies such as low-orbiting satellites, 5G small cell wireless infrastructure, and TV white space technology that the AJP does not prioritize. These alternatives are not only cheaper than fiber but are better suited to reach consumers in rural communities. In fact, in just a couple of year, one or more of these alternatives are likely to reach most of the unserved 40 million cited by the FCC. That means these rural consumers could be served before any of the job plan’s fiber even makes it into the ground.

Aside from making reaching universal coverage more difficult and costly, prioritizing fiber would also undermine the motives of competition that improves the quality of these technologies. Without competition in the market, consumers end up with a lower quality service, and at a much higher taxpayer cost.

Another faulty assumption the AJP makes is that municipal broadband networks provide lower costs for consumers. A review from the Phoenix Center for Advanced Legal & Economic Public Policy Studies found that public providers charge higher prices for internet service than their privately-owned competitors. These high prices make it near impossible for public internet providers to attract new consumers. A separate analysis from Technology Policy Institute corroborated this, concluding that prior investments in city-run providers “have shown no noticeable increases” in the number of consumers with internet access.

Municipal broadband providers have been a failure that resulted in higher prices and new fees tacked onto consumer utility and water bills or public bonds. In one instance, a municipality was so in debt, it sold its entire operation for just one dollar.

Favoring municipal broadband networks over privately run networks would do little to expand the number of consumers with internet access and would come at a higher cost for taxpayers. Focusing investments instead on more efficient private networks would be more cost-effective and would enable more consumers to access broadband faster.

While the AJP has noble aspirations, the bill is being justified completely on faulty assumptions. If enacted, this legislation would render fewer consumer benefits than claimed, while crowding out private investment and leaving taxpayers on the hook to pay for it. Coming up with the right solution to address inadequate broadband access requires a basis of empirical evidence that this plan lacks. Policymakers would be wise to abandon the proposal and develop incentives for private investment.