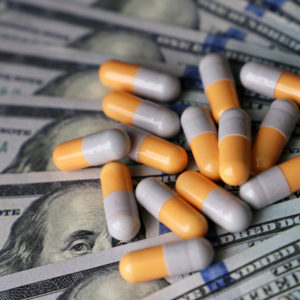 The conclusion? Pharmaceutical companies are so profitable that even if they lose $1 trillion in revenue over the next 10 years due to the legislation’s impact, they’ll still be very profitable and could “maintain current investment” in research and development.

If Johns Hopkins math checks out, the bill would deliver cheaper drugs without sacrificing future medical breakthroughs. But if it doesn’t, our children and grandchildren will lose out on dozens of new treatments we could have invented for cancer, Alzheimer’s and other diseases to help them live healthier lives than we do.

So, can we trust the Johns Hopkins’ conclusion? Unfortunately, we can’t. The study contains severe methodological flaws.

First, the study suffers from survivorship bias. It calculates the drug industry’s average profitability by looking at the 23 largest brand-name manufacturers. That’s like assuming all musicians are millionaires from looking at the Grammy winners, ignoring all the undiscovered artists waiting tables.

Just 14 percent of publicly traded biopharmaceutical companies reported profits in 2017. The bottom 50 percent spent $111 million for every $1 million of revenue, which is a negative 11,000 percent profit margin.

Second, the study’s flawed metrics of profitability, “return on invested capital,” don’t accurately account for upfront licensing costs, intangibles like patents, or the varying cost of capital. The study basically treats the companies that take risks to invent drugs as being the same kind of businesses as the pharmacies that merely distribute them.

Using a more appropriate “economic valued-added” metric, consulting firm Bates White recently concluded that the biopharmaceutical industry’s 7.5-percent profit margin “is not at the high end of the spectrum. … Rather, it is in the middle of the pack … (and) has been declining over time.”

Third, the study derives its estimate of drug development risk from the modest stock volatility of large pharmaceutical companies, ignoring the gut-wrenching gyrations of thousands of smaller public and private companies.

Fourth, the study’s math simply doesn’t add up. It hypothesizes that if companies had brought in $1.1 trillion less in revenue from 2011 to 2019, they would have reported $371 billion less in profits and found $630 billion in other cost savings — all without touching either their R&D or manufacturing and distribution budgets.

Pelosi’s bill would hit funding of early innovation hard. Capping potential returns on winners renders investment in entire portfolios of drug candidates unjustifiable — we can’t just cut the duds since we invest to find out which ones won’t work.

It’s fortunate for America’s patients that investors fund biotech’s high-risk, high-reward business model, but asking them to accept a high-risk, moderate/low-reward model would only drive them to seek similarly modest returns in less risky industries. Would we really rather investors fund more pharmacies than pharmaceuticals?

Common sense tells us that price controls will result in less innovation. Since biopharmaceutical companies dedicate 21 percent of revenue — a higher share than any other industry — to R&D, $1 trillion less would cut at least $210 billion from R&D. At a cost of $2 billion to bring a new drug to market, that would result in 105 fewer drugs.

The Congressional Budget Office estimates the effect to be less, but it assumes that later-stage, de-risked programs already in pipelines will still get funded. But let’s not pretend that defunding our seed stock of programs won’t affect innovation simply because we’re harvesting last year’s plantings.

Would Johns Hopkins claim that its researchers can run clinical trials without the tens of millions of dollars it received from drug companies? Of course not.

The answer to affordability is insurance reform, which Pelosi’s bill acknowledges by including caps on out-of-pocket spending. If America were to spread the cost of paying for its water infrastructure the way it handles reimbursement of medicines, 50 million Americans wouldn’t be able to afford clean water. Drugs going generic is the price control we’ve long had.

If Congress defunds innovation, we won’t be able to invent the drugs that will be generic in 20 years, and we’ll be stuck paying for increasingly expensive health care services that could have been averted with better medicines.

Patients can only hope that lawmakers disregard this particularly flawed study.

Peter Kolchinsky is a managing partner of RA Capital Management and author of the Biotech Social Contract series and “The Great American Drug Deal.” He wrote this for InsideSources.com.