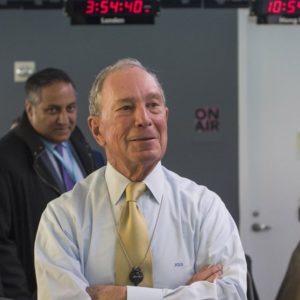 The head of a controversial program that places legal fellows paid for by presidential candidate Michael Bloomberg into state Attorneys Generals’ offices does not have to turn over emails he exchanged with the Virginia Attorney General’s office, a judge ruled Wednesday.

An attorney for David Hayes, executive director of the Bloomberg-funded New York University’s State Energy and Environmental Impact Center, argued that, as a private citizen, Hayes cannot be compelled to turn over documents under the Freedom of Information Act. Chris Horner, a former senior fellow for the Competitive Enterprise Institute, has been seeking records as part of a lawsuit against Virginia Attorney General Mark Herring (D), whose office claimed it had the legal authority to bring on attorneys paid for by activists.

Hayes’ attorney called the attempt to force him to produce these emails a “fishing expedition” and said it was based on “speculation the Attorney General is lying under oath.”

According to Horner, there is a three-month gap in email correspondence between Hayes and Donald Anderson, the former chief of the Environment Section for the Virginia Attorney General. Anderson submitted the application for a Bloomberg-funded legal fellow to work in the state agency’s office. Horner has been seeking all correspondence between Hayes and Herring’s office from Sept. 15, 2017, to April 30, 2018, at which time Herring’s office claims to have withdrawn from the program.

“After months of writing everything, including entering this unprecedented agreement, the Attorney General’s office decided not to document” its withdrawal, Horner said. “Government lawyers document everything. They now claim they withdrew but just can’t find any documentation of that fact or discussion why. That’s not how lawyers operate. It’s absurd to suggest that’s how an Attorney General’s office operates.”

In August 2017, NYU School of Law announced the creation of the Impact Center with “initial support” provided by Bloomberg Philanthropies. The program’s intent is to help attorneys general “fight against regulatory roll-backs and other actions that undermine key clean energy, climate change, and environmental values and protections.” A press release announcing the program said it would provide “legal, analytic, and communications support” in addition to “facilitating coordination” among multiple offices.

A month later, Anderson sent Hayes a lengthy email detailing Herring’s bona fides in the fight against climate change – a cause billionaire Bloomberg has championed.

Anderson also noted that there were no state restrictions against a privately-funded attorney working inside Herring’s office.

The Virginia legislature disagreed. The 2019 budget included an amendment that prohibited anyone working for the attorney general to be either a state or federal government employee and paid only with public funds. Democratic Gov. Ralph Northam’s 2020 budget submission does not include that prohibition.

NYU’s website states there are 18 Impact Center fellows in 11 states, including New York, which recently lost a case against ExxonMobil in state court. Initially filed by former Attorney General Eric Schneiderman, a judge in that case ruled in December that the energy giant had not misled investors about how climate change regulations might impact investments. Current New York Attorney General Letitia James announced shortly after the ruling that she would not appeal.

Massachusetts Attorney General Maura Healy, also a participant in the Bloomberg program, has filed a similar lawsuit against ExxonMobil.

Although NYU describes the program as bipartisan, there are no Republican attorneys general participating. A tweet from the Impact Center sent on Dec. 9, 2019, announced the release of a report looking at “the 300 actions taken by state AGs since the start of the Trump administration — fighting #climate change, advancing clean #energy, and defending our bedrock #environmental laws.”