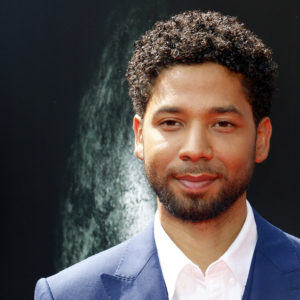 Jussie Smollett, a Lesson in Duplicity

Eddie Johnson last week was steamin’. Not steaming, but steamin’.

Johnson, superintendent of the Chicago Police Department, forcefully stated during a must-see TV news conference that actor Jussie Smollett orchestrated a fake attack on himself because he was “dissatisfied with his salary” and “took advantage of the pain and anger of racism to promote his career.”

The superintendent was just getting warmed up … or make that steamed up.

“I’m left hanging my head and asking why,” Johnson blurted. “Why would anyone, especially an African-American man, use the symbolism of a noose to make false accusations? How could someone look at the hatred and suffering associated with that symbol … how can an individual who has been embraced by the city of Chicago turn around and slap everyone in this city by making this false claim?”

Johnson’s pointed comments came after Justin “Jussie” Smollett, an accomplished actor-singer on the hit television show “Empire” on the Fox network, claimed two white males in MAGA hats lobbed homophobic and racist slurs against him during a physical assault in Chicago on January 29. The case started as an alleged hate crime; now the actor is facing a felony disorderly conduct charge during an unfortunate soap opera prime for a “Law & Order” episode.

In allegedly plotting an attack against his own life, let’s face it, Smollett — a gay, black guy — essentially adopted elements of the Ku Klux Klan’s toolkit. That means purchasing a noose, a can of gasoline, masks.

Some media members were excoriated for using the caveat “alleged” or “allegedly” when initially referring to the “attack.” How dare you not believe Jussie Smollett …

To add a notch on that liberal belt that features the inscription: Anyone who wears a MAGA hat is a racist, Donald Trump-loving scumbag.

That’s why so much rested on Jussie Smollett’s claims. Make no mistake, this whole scene was a high-stakes game. A political agenda? No doubt. This case was supposed to be the ultimate elevator pitch to metaphorically castrate the MAGA crowd.

But Smollett, 36, appears to have rained on the anti-Trump, anti-MAGA parade.

Smollett reportedly told Chicago police after his arrest that he allegedly has an untreated drug problem, according to TMZ. But he also knows a thing or two about deception — even before this incident (or hoax).

Smollett’s duplicitous tendencies were further highlighted when reports surfaced that he gave police false information during a DUI arrest in 2007.

Fast-forward to 2019. Smollett’s alleged actions suggest he believed he could gain sympathy from a gullible part of the mainstream, national media, which often is ripe for a “good victim” story involving personal affronts against liberal types, meaning the gay community and people of color.

This latest case also could conjure up the playbook from the O.J. Simpson defense and apologists, meaning disregard the evidence and instead blame police — likely in a racial context — by using the media as an unwitting partner. It’s the “Frame Game.” And there is the Retribution/Revenge Ring of Smollett’s defenders who claim Smollett should receive leniency or be exonerated because of past crimes committed against black and gay folk that went unpunished.

But what about next time there is a high-profile hate crime, real or imagined. Mark O’Mara, a criminal defense attorney, on CNN invoked what he termed the “Smollett Effect” because “jurors, judges, prosecutors, civil lawyers are now going to look at this case and say even if the facts are so outrageous, could they all be made up and be a lie for a paycheck?”

Smollett apparently wanted to use the specter of “victimhood” as a vehicle for profit. This is during a time when the tentacles of victimology have developed into an entrepreneurial enterprise in some segments of our society.

According to “The Hollywood Reporter,” Smollett, during this current season, received a salary increase to about $125,000 per episode. That’s about half of what the show’s two principal actors — Terrence Howard and Taraji P. Henson — garner per episode after recent raises, THR said.

Regardless, Smollett, who has been deleted from the remaining “Empire” episodes, made more money in a week than most folk make in a year, or two.

Therefore, if salary dissatisfaction is the true reason for Smollett’s alleged actions of avengement, can you truly lend a sympathetic ear.