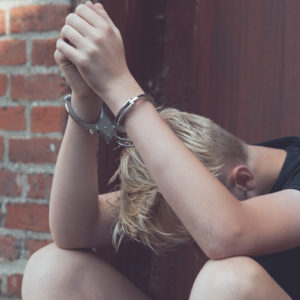 The Juvenile Justice and Delinquency Prevention Act is considered a landmark piece of legislation for protecting basic levels of humane treatment for youths caught up in the criminal justice system. A bill to update the law—which has been kept in effect only through continuing resolutions for the past decade—passed the House easily and has widespread support in the Senate, though procedural technicalities are standing in the way of final passage. Without reauthorization, federal juvenile justice programs have seen their levels of funding erode, which has sparked a renewed push to tweak the law and restore the federal government’s role in promoting common sense reforms at the state level.

Since a national push for a crackdown on crime in the 1990’s, the number of incarcerated young people has declined far faster than the adult prison population, but advocates for reform on both sides of the aisle are arguing that more work needs to be done. One of those advocates, Marcy Mistrett, the CEO of the Campaign for Youth Justice, spoke with InsideSources after attending a Thursday hearing on the subject for the House Judiciary Committee.

With the cost of locking up a minor reaching, at times, into the six-figures per year, Mistrett argues that financial reasons alone make a compelling case for reducing youth incarceration rates. Like many supporters of the reauthorization bill, Mistrett also said that the system is not doing enough to ensure the safety of those minors, let alone their rehabilitation as productive members of society.

But perhaps the strongest argument Mistrett makes is that of the roughly 50,000 juveniles caught up in the justice system on any given day, the vast majority are being held for low-level or non-violent crimes. Contrary to some media reports, “it’s not kids that are responsible for most of the crime in this country,” she said.

The Juvenile Justice Act, first passed in 1974, provides certain basic protections for incarcerated youth. These include rules that prevent children from being housed in the same facilities as adults (unless there is a physical “sight and sound” separation), it discourages states from locking up “status offenders” or those that break laws specifically targeted at juveniles like curfew ordinances or anti-truancy measures, and it requires states to track instances in which officials come into contact with disproportionately high numbers of minority youths.

The update to the law being considered in Congress would strengthen these protections in various areas while also beefing up educational opportunities for affected children. Parts of the bill that add support for Career and Technical Education in juvenile detention centers were also added, and are a key reason why some GOP lawmakers are lining up behind the proposal.

Unfortunately for the bill’s prospects in the Senate, a technical detail having to do with status offenses is holding up its passage. Sen. Tom Cotton, R-Ark., in particular, has vocally opposed a provision that would close a loophole in the protection that currently allows youths to be locked up for status offenses if they violate a court order. Mistrett said that Cotton has been holding the legislation “hostage” for over a year.

Mistrett also said that her group and others have tried to strike a compromise that would pull the controversial provision from the Senate bill with hope of re-inserting it in the final stages of joint House and Senate conference committee negotiations. That effort has stalled, she said, because of opposition from Sen. Rand Paul, R-Ky., who strongly opposes the incarceration of youths for status offenses, even if they are in violation of a court order.

If the Republican Senators are able to work out a compromise, Mistrett is confident that the legislation “would easily clear the Senate.”

Despite the bipartisan appeal of the law, without reauthorization, the appropriations committees in Congress have been steadily pulling funding out of juvenile justice programs. Since 2002, federal spending on juvenile justice has dropped by more than 50 percent from nearly $555 million to under $250 million in 2017. Mistrett estimates that federal support for the state programs accounts for less than a tenth of what states and local governments spend on locking up youths, though the funds are still important for freeing up money that can be used on evidenced-based best practices.

Even with advances made in recent years—the rate of juvenile incarceration has dropped along with federal funding by over 50 percent since the early 2000’s—Mistrett said unacceptably high levels of violence and sexual assaults continue to plague the system. Furthermore, educational outcomes for locked up young people continue to lag far behind their peers that get steady, unfettered access to schools. A more socially and fiscally responsible policy, she said, would emphasize behavioral therapy that reaches young people in their homes and communities, while leaving incarceration in place only as a last resort.

For reform advocates, a big step forward toward a smarter bipartisan approach to juvenile justice is in sight, “they just need to get it done,” said Mistrett of congressional lawmakers.