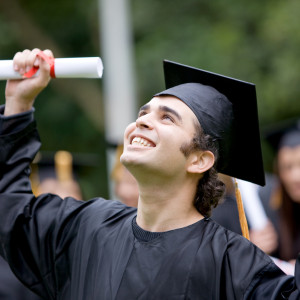 In March, the U.S. Department of Education proposed a rule intended to address some of the challenges facing American higher education.  Unfortunately, this so-called “gainful employment” regulation would punish lower income and working adult students and do little to address the real issues.

Those issues include the fact too few low income students are going to college and even fewer finish their programs, graduate and repay their college loans.  The cost of college has skyrocketed.  Student loan debt is $1 trillion and growing.

These are problems that exist across American higher education and have led to the U.S. dropping from first to 12th place in the world in terms of college attainment.  That hurts our competitive standing as a nation.

Yet, the proposed “GE” rule gives traditional colleges a pass, and focuses only on the sector that has become the largest provider of degrees for working adults.  If the rule is good for students, shouldn’t it apply to students attending all colleges and not just those enrolled in for-profit institutions?

The rule is not only biased in its application, but holds schools accountable for the wrong things.

Rather than hold colleges accountable for student learning, the proposed regulation punishes schools for factors they do not control.  Programs would be denied eligibility for federal student aid based on the amount of debt a student takes on and their earnings after graduation.  Schools have neither the authority to limit student borrowing, nor can they guarantee earnings after graduation.

The average debt-to-earnings ratio for student borrowers at public and private institutions also exceeds the proposed standard.  At the University of Texas for example, 24 programs would be at risk of elimination; 17 would fail both proposed benchmarks.  And there’s the rub.  Community colleges and public universities neither have the track record of success to serve the students who would be displaced from their programs, if this rule takes effect, nor the capacity to absorb them.

These are simply the wrong metrics for judging educational success.

This proposed rule is also a job killer.  It threatens to shut down educational programs for some of today’s most in-demand jobs, such as medical and dental assistants, computer support specialists, and accountants and bookkeepers, as well as for important public service careers in law enforcement, education and healthcare.

Public policies should expand access to education and incentivize academic excellence.  This proposed gainful employment rule does neither.   Rather than protect taxpayer dollars and promote student interests, as the Education Department claims, this rule would protect the status quo and promote an elite view of what higher education should be, effectively eliminating access for many of the neediest students.

Nearly 3.5 million students, including a large number of veterans, minorities and low-income individuals, are now enrolled in programs that would lose their eligibility for student aid and effectively be shut down.  That’s bad public policy.  It undercuts the Administration’s stated goal of increasing access to college and the number of American workers who hold post-secondary degrees.

Thomas C. Leppert is the Chief Executive Officer of Kaplan, Inc., the global educational services company and largest subsidiary of Graham Holdings Company. From 2007-2011, he was the elected Mayor of Dallas, Texas. In that role, he instilled a professional, supportive and business focused approach and a strong sense of cooperation, optimism and "can do" spirit within the city and community. He has been recognized for his leadership, including "CEO of the Year" by D Magazine, the "Texas Businessman of the Year" by the Texas Association of Business, the "Torch of Conscience Award" from American Jewish Congress, and "The Global Cross Millennium Award for Corporate Environmental Leadership" from Global Green. He has also been inducted into the "Energy Efficiency Hall of Fame" and the "Dallas Business Hall of Fame". He and his wife Laura have three children and are members of First Baptist Church Dallas and Park Cities Baptist Church.