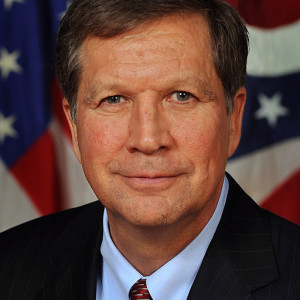 Yet, in a stunning display of media malpractice, news coverage failed to note another key constituency the Ohio governor may have alienated in rolling out his plan: high school English teachers.

Asked if creating a new federal department contradicted his fiscal conservative principles, Kasich told NBC News, “You know, when it comes to creating priorities, everything isn’t equal, and trying to make everything totally consistent is the hobgoblin of small ideas.”

That may sound like gibberish to some voters, but any American literature instructor would recognize it as something far more damning — a complete butchering of Ralph Waldo Emerson’s famous quote, “A foolish consistency is the hobgoblin of little minds, adored by little statesmen and philosophers and divines.”

Now, a charitable teacher might give Kasich points for effort, but you’d still have to fault his clumsiness — even setting aside the vexing question of whether ideas themselves can have hobgoblins.

Fortunately for the governor, quoting Emerson accurately doesn’t appear to be a requirement for the leader of the free world. Ethan Epstein of the Weekly Standard pointed out that President Barack Obama, who’s beloved by literary types for his celebrated memoir, mangled the very same “consistency” line earlier this year.

Perhaps these are the kind of human errors we expect from statesmen, little and otherwise.