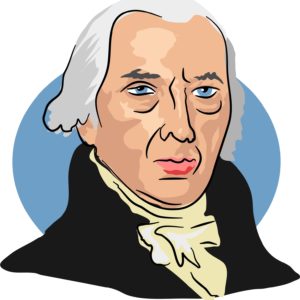 Have We Kept Madison’s Republic?

Over 200 years ago, our Founding Fathers faced a question: How could they build a democracy to withstand the trials of time and survive the pressures that destroyed those that came before?

Ultimately, the reasoned voice of James Madison, the “Father of the Constitution,” prevailed. So how is our republic holding up? Would Madison recognize our elected representatives as the guardians against factional governance that he had imagined? The short answer is no.

Madison advocated for a country led by representatives whose “wisdom may best discern the true interest of their country,” and whose “patriotism and love of justice” would moderate the passions and whims of the public. Elected representatives should be above the influence of “factions” — special interests and rival parties — whose interests are often adverse to the common good.

While elected officials rarely show all-encompassing virtue, Madison would observe that, today, many appear to be controlled by the same outside interests that a representative democracy was intended to weaken. Today, our country is one where lobbyists spend $3.36 billion in a year, where the private sector’s sphere of influence in the public sector increases with every spin of the revolving door, and where major donors are rewarded with multi-billion dollar contracts.

Not only has our government been overrun by special interests but it has also been corrupted by partisan conflict. Madison would surely be appalled that, in the face of a foreign adversary’s unprecedented intervention into our elections, the members of the House of Representatives tasked with examining this interference instead dedicated themselves to partisan squabbles — placing partisanship above protecting our democracy.

Gridlock has expanded to an inability to fulfill some of Congress’s most basic constitutional duties. For example, despite many military engagements, Congress has not declared war — an authority granted solely to Congress — in nearly 80 years. Instead, Congress passes vague Authorizations for Use of Military Force (AUMF) and then looks the other way while the executive branch interprets them as blank checks to wage unofficial wars in perpetuity.

The ability to declare war was not vested in the legislature by accident; the Constitution grants the power “fully and exclusively” to the Congress specifically because the Founders believed that the president would be too inclined toward war.

Madison, who believed that “no nation can preserve its freedom in the midst of continual warfare,” would be incensed to discover that the 2001 AUMF authorizing force against the perpetrators of the September 11 terrorist attacks has been used to justify military operations in 14 countries over 16 years. While some members aren’t pleased about this, Congress hasn’t had the will to act. Madison would undoubtedly condemn this shirking of responsibility.

How has our republic found itself in such ill health? Most obviously, Madison would observe that many of our elected officials have been co-opted by moneyed interests and are rarely held to account for their decisions. Representatives now rely on wealthy individuals, corporations and associations — Madison’s dreaded “factions” — to mount successful campaigns for office. Special interests then use their purchased influence to persuade elected representatives to value the good of the faction above that of the public.

But Madison was convinced that because representatives have to win a majority of citizens’ vote in order to be elected, the electorate would serve as a crucible — filtering out “unworthy candidates” in the election process to reveal the deserving. Instead, the voters have become enablers of the mischief that Madison sought to expel. We have given factions carte blanche to propel chosen candidates into perpetual office in districts drawn specifically to support incumbents.

A deep cynicism now pervades the electorate’s attitude about our political process. Our representatives, in the course of campaigning and governing, are frequently predisposed toward special interests and pander to the measly 54 percent of us who vote in general elections (36 percent in midterms, and 28 percent in primaries). Once elected by a minority of the citizenry, members of Congress then have little political incentive to participate in bipartisan compromise.

Though it is apparent that we have strayed from our Founders’ vision, we are never far from remedy. It is the right and responsibility of citizens to demand accountability from their government. Madison helped design a government beholden to the people; it is up to us to use our power. To paraphrase Benjamin Franklin at the closing of the Constitutional Convention: We have a republic, if we can keep it.

Sarah Turberville is the director of The Constitution Project at the Project On Government Oversight. Taylor King contributed to research for this piece.