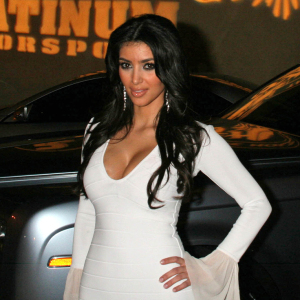 How Kim Kardashian May Still ‘Break the Internet’

Just a few weeks ago, America awoke to find Kim Kardashian West balancing a Champaign glass on her posterior for the cover of Paper magazine. The stated goal of the stunt was to “break the Internet.”

Thankfully, the Internet has survived. But an ongoing debate over “net neutrality” leaves many wondering whether Washington bureaucrats may actually succeed where Ms. West failed.

In November, Barack Obama called on the Federal Communications Commission (FCC) to reclassify Internet service as a public utility (under “Title II” of the Telecommunications Act). It should first be noted that unlike electricity and running water, the Internet has operated effectively without any blackouts or crumbling infrastructure. And Internet service is hardly a monopoly like other public utilities. Americans have more high-speed fiber connections than most other G7 countries according to a new report by American Enterprise Institute engineer Richard Bennett.

More importantly, public utility regulation would both lead to a new $17 billion tax on Internet service, and it threatens to put a halt to the innovation that Americans have experienced online over the past two decades. 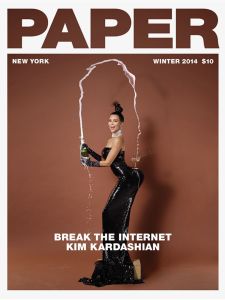 Mark Cuban, the owner of the Dallas Mavericks and venture capitalist from ABC’s Shark Tank, recently spoke out against intrusive Internet regulations. Cuban, in a recent interview with the Washington Post, offered his quick Shark-Tank pitch against new regulations: “If it ain’t broke, don’t fix it. … There is no better platform in the world to start a new business than the Internet in the United States.”

Cuban, who made his fortune as an Internet entrepreneur, notes few critics point to any current problems with how the Internet works. Some ardent supporters of Internet regulation falsely claim that Internet Service Providers (ISPs) will slow or block traffic to certain sites without Title II. That’s already not allowed under current law.

The true debate is whether some companies should be allowed to buy access to fast lanes. Fast lanes are a good thing, Cuban explains. Americans should want faster speeds for video content from bandwidth hogs, like Netflix. More importantly, new medical apps will hit the market which can provide life-saving communication between doctors, paramedics, and accident victims. Why would anyone want these apps to be forced to operate at the same speed as all other Internet traffic?

On Twitter, Cuban compared President Obama’s net neutrality proposals to Ayn Rand’s classic novel Atlas Shrugged. The novel, published in 1957, paints the picture of a society in which politicians, bureaucrats, and lobbyists (collectively “looters”) lay claim to industry. They regulate railroads, steel, oil, and other businesses to enrich themselves under the false pretense of helping the people. Forced to work not for themselves but for the sake of other men, the great thinkers, inventors, and industrialists go on strike.

Government regulation serves a necessary role in keeping people safe—be that in a physical or economic sense. But regulation oversteps when it is explicitly redistributionist. Robert McChesney, founder of the vocal Title II advocacy group Free Press, stated in an interview with a socialist newsletter, “[T]he ultimate goal [of net neutrality] is to get rid of the media capitalists in the phone and cable companies and to divest them from control.”

ISPs have invested in building vast communication networks. Broadband now reaches nearly every American, and we have some of the best Internet service in the world. Why would any business make an investment if they are left to believe government will later claim control of it?

Once the door is opened, Rand argued, looters are adept at claiming more. FCC Commissioner Michael O’Rielly has stated that the next step after looting the ISPs is to go after Google and Apple. Imagine if Google’s search algorithm had to be non-discriminatory or Apple had to open its operating system.

Many of the most reasonable voices in the current debate realize that we need to watch for abuse. The left-leaning Progressive Policy Institute, for example, argues that potential abuses should be reviewed on a case-by-case basis rather than imposing heavy-handed regulation that would stifle innovation.

Title II, oddly, seems like government overreach opposed by most Americans. Perhaps it is not Rand but another famous dystopian author who offers the best window into the debate over Internet regulation. George Orwell wrote in his famous essay “Politics and the English Language” that “Political language … is designed to make lies sound truthful and murder respectable, and to give an appearance of solidity to pure wind.”

The phrase “net neutrality” sounds both reasonable and far too monotonously boring for most Americans to take an interest. Kim Kardashian West remains more “clickable.” But Ms. West could yet break the Internet if her pictures are legally required to be delivered at the same speed as life-saving medical apps.