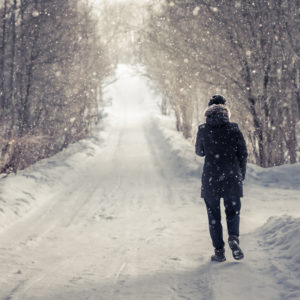 Brrr! You Can’t Trust the Weather Now, and Less So in the Future

The cold across much of the country is a harsh reminder that Mother Nature isn’t as maternal as her sobriquet would imply. She is worthy of respect, even fear. The nation’s electricity system, at this writing, is holding together — often with little margin to spare. It’s an operational and engineering miracle that the lights stay on and we stay warm during weather extremes.

Unless you have open fires a la our ancestors, electricity is a critical player in keeping the nation warm. I’m writing this in cozy comfort when it’s 1 degree outside. While the proximate cause of my comfort is natural gas, it takes that servant of modernity, electricity, to blow the toasty, gas-warmed air through the ducts. Thank you, Thomas Edison et al. Good work back then.

It also raises a cardinal issue: Given the accuracy of our forecasting, how can some authorities (you know who I mean) be so sanguine about climate change?

The cold is a manifestation of severe weather but doesn’t signal a reversal in global heating. It’s just the difference between weather and climate. The Delaware-size iceberg that broke off from Antarctica last July and the glaciers that are melting in the Arctic and Greenland aren’t about to reverse course, the ice mass to reattach itself or the glaciers to freeze again.

Instead, think about climate and be scared for your descendants down through time: Flooding in cities on both coasts; disaster accelerating with Arctic permafrost thawing, releasing more gases into the gas-burdened atmosphere. It gives me the shivers even as I sit here, warm and dry and well-fed.

Keeping Puerto Rico Out of Sight and Mind Is Un-American

A thought that disturbs the equilibrium is Puerto Rico: How can we be so indifferent — and we are — to the suffering of so many? Why aren’t we talking about it with the same vengeance as we speak about Congress and the White House? Where are the fearsome resources of the United States? Are the Puerto Ricans the lesser because they speak Spanish and hadn’t ordered their affairs well before Mother Nature acted and swept away the tropical paradise with back-to-back hurricanes?

The dread thought is that even compassion has been politicized.

Andrew Lloyd Webber’s “Love Never Dies” is touring North America, and will pop up around the country between now and September. It’s a sequel to “The Phantom of the Opera,” in which the Phantom has left the Paris Opera for Coney Island.

This is a spectacular production, if spectacle is what you’re after. Seldom has so much been done in the way of stagecraft with dramatic and shifting sets and whoop-dee-do lighting. But, oh, where is the music? This time, Lloyd Webber, who sent us home singing after “Jesus Christ Superstar,” “Evita,” “Cats” and “The Phantom of the Opera,” sends us home dazzled with spectacle, but with nothing to whistle. The music here doesn’t measure up and neither, for that matter, does the story, set in 1907.

If you’ve loved Lloyd Webber down through the years, you’ll be disappointed — although, I must say, the Providence, R.I., audience loved it. You’ll wonder if the Phantom has worked his final revenge: stolen the tunes and made off with them.

“I became a journalist to come as close as possible to the heart of the world.” — Henry R. Luce (1898-1967), founder of Time, Life and Fortune magazines