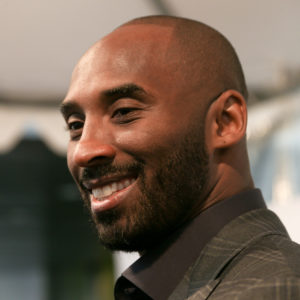 We saw both of them grow up before our very eyes, largely through the media. From boys to men.

And there is something else: Though Kobe Bryant and John F. Kennedy Jr. hailed from a different set of circumstances, their lives weren’t supposed to end this way.

“Though they came from different places, they both touched a nerve,” author Steven Gillon said. “They both had a certain attractiveness, a certain charisma — with a common touch. They produced an outpouring of emotion as a result of the death of a celebrity. Though they kept the company of celebrities, they both maintained a connection to everyday people.

“I know that was true with John.”

Gillon met John Jr. in the early 1980s while a student at Brown University; John Jr.  was an undergraduate at the time while Gillon was completing his doctoral studies in history, specializing in American civilization. Gillon also is the author of the book “America’s Reluctant Prince: The Life of John F. Kennedy Jr.”

Sometimes we forget that much-admired public figures are really human beings at their core. It comes with the territory, that visceral belief of invincibility we bestow upon them.

Why? Because of one word: impact.

Facebook friend Jonathan Mathis, a longtime Los Angeles Lakers fan in Southern California, was one of thousands who went to the in-memoriam wall outside Staples Center to write his own message to Kobe. Mathis related that another signer scribbled this: “Thank you for bringing the black and Latino community together.”

A few days before Jacqueline Kennedy Onassis died in 1994, she wrote a letter to son John Jr. to be opened only after her death. It said, in part, “I understand the pressure you’ll forever have to endure as a Kennedy, even though we brought you into this world as an innocent. You, especially, have a place in history.”

From the time John Jr. saluted his father’s coffin in 1963, Junior was under intense scrutiny and pressure, despite lugging a huge emotional burden as the son of a murdered icon. From the time Kobe was selected as a super-confident 17-year-old in the NBA Draft, he was under intense scrutiny and pressure as he sought super-stardom in a grown man’s world.

John Jr. was ridiculed for having to take the bar exam multiple times before he finally passed (remember the New York tabloids in the early 1990s with the blaring front-page headlines: “The Hunk Flunks.”)

In the mid-1990s, his latest project, George, a politics-pop culture magazine, was unraveling page by page.

And let’s be real: Kobe was lucky as hell to avoid a conviction after being charged with sexual assault in 2003 following an encounter with a Colorado hotel worker. The matter ended with an undisclosed monetary settlement as Bryant’s accuser refused to testify in the criminal case.

Some observers have hypothesized that the 2003 incident transformed Kobe into a more sympathetic supporter of women’s causes. Afterward, Kobe for years had been seen at WNBA contests and college basketball’s women’s Final Four with his daughter, Gianna, who perished at age 13 with her father aboard that ill-fated helicopter.

Mother Jackie Kennedy sent a 16-year-old John Jr. to aid earthquake victims in Guatemala, and, while at Brown, he was repulsed by apartheid when visiting South Africa. From ages 6 to 13, Kobe lived in Italy, where his father played pro basketball.

Actor/scriptwriter Robert Wuhl, who starred in the role of a sports agent on the HBO show “Arli$$,” remembers Kobe’s cameo appearance, steeped in Italian dialogue. “He had only recently signed his Lakers contract,”  Wuhl recalled. “This was only our fifth episode in 1996, and knowing that Kobe had lived in Italy and spoke fluent Italian, I thought this would be a fun way to introduce him to a national audience. Keep in mind, he’s only 17 here. Remarkable.”

While Kobe had an advantage in that he was able to cultivate his brand as a youth in building his professional empire that included an Academy Award but with more tasks on his bucket list, John Jr. foundered a bit during adulthood but still maintained political aspirations, which takes years of experience to foment. The Democratic Party tried to recruit John Jr. to run for the New York U.S. Senate seat being vacated by Sen. Daniel Patrick Moynihan in 2000. However, Junior was eyeing the gubernatorial election of 2002. Then …

“He started joking with friends about wanting to ‘go home’ someday — home being the White House,” said Gillon, who also hosts programs on the History channel.

Added Gillon, “Despite the burdens placed upon him, John turned out to be a down-to-earth, decent human being.”

Kobe won five NBA championships and forever will be known as a winner. And we all know how Americans love a winner. His vast legacy is on firm ground while John Jr.’s stalls in the incomplete category because he was planning that second act into the political realm. John Jr. died at 38 in 1999 and Kobe at 41 in January.

“Kobe earned his celebrity by being one of the best basketball players,” Gillon said. “John inherited his celebrity as the son of a president; John was going to be famous no matter what he did.”

And we watched their compelling journeys — from boy to man.