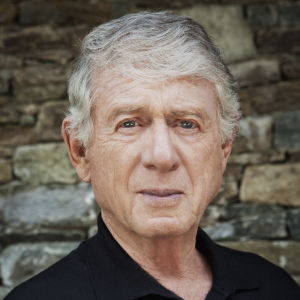 On Monday, ABC News legend Ted Koppel sat down at a conference table at the National Press Foundation in Washington, accepted the mug of coffee he was offered and proceeded to describe a national security threat greater than 9/11.

The longtime “Nightline” anchor told reporters about the danger of a cyber attack on the United States power grid — an unprecedented event that could mean months of blackouts affecting tens of millions.

Koppel sees this scenario as a likelihood, not just a possibility, for which the country is woefully unprepared. He worries it would reduce America to a kind of Hobbesian state of nature, with conflicts over food, water and other dwindling necessities. It’s all the subject of his latest book, “Lights Out.”

“What happened on 9/11 is nothing compared to what a cyber attack on the power grid would do,” Koppel said.

The journalist also described what could happen after an East Coast attack in particular: “You now have people from your cities fleeing toward the light, fleeing toward electricity, fleeing toward food and water. There seems to be an assumption that [anyone in] the good old United States will always treat the citizens of one state as it would the citizens of its own state. Don’t believe it for a moment.”

“We are, I remind you, a nation with 350 million guns,” he said, “and a large percentage of them are in Wyoming.”

Koppel doesn’t think America can actually prevent a cyber attack, so he argues the focus should be on minimizing damage. The trouble is, he’s doubtful Congress would respond well to a request for $100 billion to buy enough freeze-dried meals to avoid food riots. Meanwhile, he noted, lawmakers have spent that much on the Transportation Security Administration, a federal agency he calls “totally useless.”

“I mean, I can’t tell you how frustrated I was talking to [Homeland Security Secretary] Jeh Johnson,” Koppel said. “He’s a very bright man … but as Will Rogers once said, ‘We’re all ignorant, just about different things,’ and boy is he ignorant on the subject of cyber attacks, and on what the danger is to the power grid, and on what the consequences will be, and on what the government needs to be doing.”

Asked about Koppel’s book in November, Johnson told the Council on Foreign Relations, “I think Mr. Koppel has raised the visibility on an issue that is definitely an issue. Of the range of homeland security threats out there that we have to be responsible for, I would characterize this one as low probability relative to others, but high risk, high cost, and so—with potentially far-reaching consequences. And so we do have to be prepared.”

Koppel does have his critics, however. Foreign Policy recently called “Lights Out” “an alarmist book that has become a shorthand in the cybersecurity industry for how to think poorly about the topic.” The text appeared on the New York Times bestseller list.