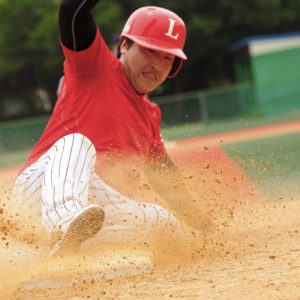 One thing about waking up early in the United States is you get to see Korean baseball on ESPN.

Six days a week, beginning about 5:30 a.m. — 6:30 p.m. in Korea— ESPN carries a Korea Baseball Organization game with play-by-play and commentary by two American announcers keeping their eyes on the screen by link from South Korea.

These guys have a lot of feeling for the game, which is not surprising considering that ESPN is a sports powerhouse with plenty of broadcasting talent that’s capable of making any game, anywhere, an entertaining event.

What’s surprising about the live broadcasts of the KBO games on ESPN, however, is how little time these jokers devote to the game that’s being played before their very eyes.

You’ve gotta believe ESPN knows how to attract American viewers and listeners, but in one game I watched the announcers seemed preoccupied with anything but the game. They persisted in talking, quite knowledgeably, about the brilliant performance of the Yankees against the Red Sox and other stuff that might interest American fans, interspersing their commentary with occasional bows to the game as they happened to glance up on the screen.

So wrapped up were these two yakkers in anything but the game they were supposedly following that key plays went almost unnoticed. In one game between the NC Dinos and the Kiwoom Heroes, a guy got a single to left, and they didn’t divert from whatever they were talking about to say, “Oh, look someone just got on base.”

A memorable moment came when the catcher nailed a guy stealing second with a perfect inning-ending throw. One of these clowns suddenly said, “Looks as if we’ve got a third out here.” If you didn’t have your eyes on the screen, you would have had no idea what happened.

You don’t actually see either of these guys in the booth.

Their voices are disembodied from any visible person even as they extol the play of some American team or conduct an interview that has nothing to do with baseball. In one game, the screen was split to show someone talking about American college football, and what a shame it was that major conferences had suspended their season.

The interview ended with the guy doing an imitation of Steve Spurrier, a legendary football quarterback and coach. Spurrier apparently is remembered for his colorful talking, maybe his accent. One of the two commentators thought the whole thing was so hilarious that he wound up laughing and laughing like a rooster cackling. Or maybe a puppy barking.

ESPN got into carrying KBO games mainly because there was no Major League Baseball until just a few weeks ago.

It would be great if ESPN were to carry KBO games even if MLB resumes in full force next year. A lot of people this side of the Pacific are interested in the KBO, where the level of play gets better every season and it’s interesting to see how the American imports who didn’t make it in the big leagues are doing.

Oh, in this particular game, the two ESPN guys had to note the fine performance by Drew Rucinski, the Dinos pitcher, who gave up one run in six innings, notching the win as a reliever shut down the Heroes for the final three. Rucinski, having left the United States two years ago with a record of four wins and four losses for three teams in four years, won nine and lost nine for the Dinos last year and now has 11 wins against two losses.

That was nice to watch, but the KBO should insist, no splitting the screen with an irrelevant interview while the action on the field is largely forgotten. That’s not just distracting, it’s also obnoxious and insulting to the KBO.

Another thing: The KBO is great not just because of the refreshing level of play but also because of the cheerleaders. Every team has them dancing in K-pop-style routines that draw their own fan followings. In the games I saw on ESPN, either there were no cheerleaders or they didn’t show them.

The cheerleaders are a distinctive element in the Korean game, whose fans are lustier and louder than often lethargic Americans. Bring on the cheerleaders and cut back on the goofball interviews.

As they used to say in Brooklyn, wait ’til next year!