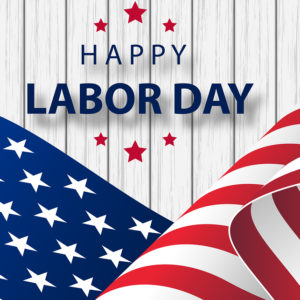 Labor Day Then and Now — Is It Still Relevant?

Ask people what comes to mind with the mention of “Labor Day,” and you will most likely hear two responses: “Back to school” and “Can’t wear white.”

This is a far cry from the holiday founders’ intent and might make one wonder whether Labor Day has lost its relevance. A look back at Labor Day’s history and a look forward at 21st-century dynamics might help judge whether Labor Day will stand the test of time.

Labor Day was first celebrated in 1882 when carpenter and labor union leader, Peter McGuire, proposed to the New York Central Labor Union that workers be honored in New York with their own holiday. It took 12 years for President Grover Cleveland to make it a national holiday.

What happened in those 12 years is riveting. America was still experiencing the Industrial Revolution, whose shame included 12-hour workdays, child labor and abysmal working conditions.

Then in 1894, the Pullman strike occurred and changed America’s landscape. At the heart of the strike was a 25 percent wage reduction for workers belonging to the American Railway Union.

The depression of 1893 had caused CEO George Pullman to reduce wages. However, he did not lower rents within the “company town” he built for his workers. Workers complained that they could barely feed their families on the original wage.

When leaders of the ARU requested a meeting with Pullman to air grievances, Pullman refused and fired the leaders. This caused thousands of workers to walk off the job.

Massive disruption to rail traffic resulted. The upheaval highlighted the emerging struggle between capital and labor. With both sides dug in, politicians worried about the consequences for the public and turned to the courts for help.

A court injunction was granted, requiring an end to the strike. President Cleveland sent in troops to enforce the ruling. Riots ensued, civilians were killed, and a railroad yard was burned.

In the context of this dissension, President Cleveland called for Labor Day as a national holiday to celebrate workers. He hoped it would diffuse tension and keep labor squarely behind him.

Thus began our commemoration of Labor Day for the last 125 years, usually with parades, barbeques and occasional fireworks. I grew up with the day marking the end of summer and a return to school.

Labor Day is experienced differently today, for reasons that go beyond the pandemic. Most towns are not hosting parades, sponsoring fireworks or encouraging large gatherings.

What else has happened to change our attitude about Labor Day? Consider the following:

— The passage of the Occupational Safety and Health Act: In 1970, an agency was established to monitor workplace safety. With mandated standards, random inspections, and hefty penalties for noncompliance, the workplace is vastly improved — addressing a major raison d’etre for unions.

— Millennials are not typically big supporters of unions: The union’s value to previous generations was that their interests were protected and defended by union leadership. Members gladly ceded to authority and followed marching orders because benefits ensued — more generous pensions, improved working conditions, and the like.

Today’s millennials view the world differently. They’ve grown up in a gig economy, are skeptical of those in power, and appreciate their independence. The “union drum” is not their beat. They want to make a difference but in their own and independent way.

The decline of Labor Day is not cast in stone, but its value proposition needs an update. Can we use Labor Day to engage on timeless topics that challenge us —  dispute resolution, workforce diversity and healthcare, for example — seen through a modern lens?

How about those 12-hour shifts that unions were able to cut back to only eight? Our connected devices keep us working all the time. As we sit chained to our laptops, can we reclaim a piece of our lives by insisting, “You can only have so much of me.”

If you find yourself sitting around the picnic table Labor Day weekend, consider starting a conversation about the Pullman Strike, and see if your crew can find any modern-day parallels.

Whatever the conclusion, the process might build an appreciation for a holiday that suddenly doesn’t seem so remote.