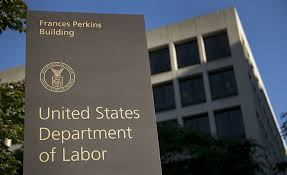 Labor Dept. Is Suing Companies Based on Stats, Not Crimes

Malicious prosecution, fishing expeditions and hostile relationships should never be the hallmarks of a government agency tasked with promoting diversity in hiring for federal contractors. But that is precisely the troubling course taken by the Office of Federal Contract Compliance Programs (OFCCP), a powerful agency within the Department of Labor.

The OFCCP’s stated mission is to “protect workers, promote diversity and enforce the law” related to affirmative action and anti-discrimination requirements. Under former Labor Secretary Alex Acosta, the bureaucracy turned from its mission and focused, instead, on concocting bogus claims of discrimination based on statistical analysis, even when no wrongdoing was ever reported.

The Obama administration and Trump-appointed Secretary Acosta used the OFCCP to launch investigations into numerous businesses. Federal lawsuits were brought against employers based on nothing more than the statistics businesses themselves provided about the sex, age and race of their employees — regardless of whether there was evidence of discrimination or not.

Fortunately, Eugene Scalia, a seasoned attorney who served as solicitor of labor under President George W. Bush, replaced Acosta as secretary of labor. Scalia is well-qualified to bring much-needed reforms to the OFCCP and stop the agency’s baseless witch-hunts against law-abiding businesses.

One of the matters Scalia should address immediately is a head-scratching lawsuit the OFCCP brought against computer technology company Oracle.

The OFCCP sued Oracle for engaging in “systemic practice of paying Caucasian male employees more than their counterparts in the same job title” and “favoring Asian workers in its recruiting and hiring practices.” Charges like this should have been supported by evidence that irrefutably proved wrongdoing by Oracle. Instead, the agency utilized a statistical analysis of the companies hiring data.

This approach leaves no room to consider the numerous human elements that go into hiring and compensation decisions.

Sadly, the lawsuit against Oracle was not unique.

In the final weeks of the Obama administration, OFCCP slapped Google and software company Palantir Technologies with similar discrimination suits based on spreadsheet data, not complaints by actual people.

Rather than spend time and resources fighting the government, Palantir settled for $1.7 million. Google lawyered up and beat the OFCCP in court. But win, lose or draw, dealing with these disturbing lawsuits are a costly financial drag for the companies suffering through groundless allegations of discrimination — as well as a frustrating waste of taxpayer dollars.

Since federal lawsuits don’t just disappear when a new administration takes the reins in Washington, it is up to Scalia to drop the unjustified lawsuit against Oracle unless concrete evidence of unlawful activity is established.

Scalia shouldn’t stop there. Scalia and the Trump administration should introduce two vital reforms to the OFCCP.

First, the OFCCP’s culture must shift its focus away from heavy-handed enforcement actions for questionable or non-existent crimes, and instead focus on working to further the agency’s mission of fighting actual examples of discrimination.

Second, the OFCCP should seek to foster positive relationships with companies engaged in contracts with the federal government in order to promote inclusiveness and open up opportunities to underrepresented Americans.

By taking much-needed steps to reform the OFCCP, Scalia and the administration can protect workers and promote diversity without unjustly stifling principled, law-abiding, productive American businesses.