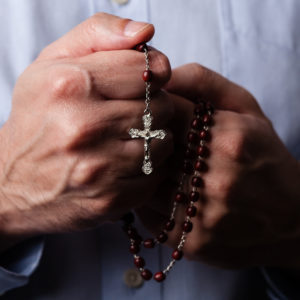 Historians will remind us that the Roman Catholic Church has been beleaguered over the centuries by many unsavory and unorthodox acts by individuals and their leadership, and it has managed to heal. Acts of materialism, mixing of church affairs with government, political infighting, bigotry, and the selling of salvation, among others, have been on their confessional cards. However, the unfolding reports of child sex abuse by priests in the United States, and beyond, qualifies as such abject wrongdoing that radical reform is needed.

What is the church to do?

Periodically synods and councils are organized by the church to consider important matters. Leaders of the church, at least in the United States, could set up several councils to investigate, mitigate and recommend swift and appropriate restitution for these depraved acts by men of the cloth. Such intercession is long overdue.

These councils should not comprise only the religious. To have any credibility and a modicum of faith from the people of the church that something will be done to repent, repair and rebuild the Catholic Church, the laity must be intimately involved and treated primus inter paris  (first among equals) in the healing process.

One council could focus on the victims and their families and what to do to make amends for these wrongdoings. The psycho-social needs of the victims must be vast. How to determine any monetary awards and from whom will be painful, especially considering at some level the purse of the church was filled by the good graces and charity of the people who were not complicit in these acts. The concern that damages brought by the justice system or settlements outside the courts will bankrupt the church deserves consideration. The awards could be so staggering that church after church and school after school could be shuttered.

A second council could focus on the perpetrators’ wrongdoings from a legal perspective. What legal actions should be taken and what public policies need to be changed to assist in both adjudicating past sins and building guards against future bad acts.

Another council could focus on the church bureaucracy and the decision makers who knew or should have known about the illicit acts of these men. Their job is to investigate and explain the people involved and the chain of events of the signs, incidents, reactions, communications, sanctions and any cover-ups related to child sex abuse. This includes the many stories of good priests and people of the church who brought this to the attention of the leaders, and yet no serious action was taken. The revelations to this group will be quite disturbing, outdone only by a few adjudicating bodies having to deal with such heinous acts.

A final council could focus on an area that has not been discussed: Understanding the pathology of the priest pedophile. Exposing the scandal and asking for justice naturally hits the headlines. What we also need to understand is that these men not only committed a crime but are very sick. What is the nature of this sickness? How much of it is “hard wired”? Who else has it, and who is likely to have it? How did it develop in the individual? If the priestly environment encouraged it, in what ways? What other environments encourage this aberrant behavior? Can such men be rehabilitated?

The work of this council, as with the others, will be painful and the findings will rock our senses to the core, as it will have to address the enduring and still delicate question of nature versus nurture in the development of humans. For example, the assertion that men did bad things to boys because they could not marry is naive. The knee jerk response that men abused their power to get what they want does not validate the seriousness of these offenses.

These were unconscionable acts that only those who are skilled enough and willing to be open to learning about a very dark place in humanity can bring insight and — it is hoped — some resolution. Aside from the religious members, each council would be made up of combinations of lawyers, judges, child psychologists, social workers, psychiatrists, physicians, criminologist, financiers, ethicists, theologians, those expert in organizational governance, and the victims and their families, among others.

Hanging in the balance when addressing this scandal is more than the future of the Catholic Church; these next steps put to the test for all to make the commitment: “Never again.”