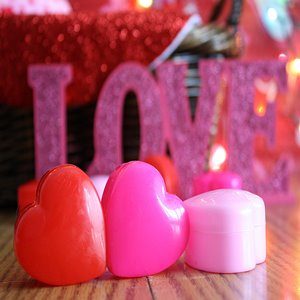 Land of the Free, Home of the Lonelyhearts

The National Retail Federation predicts “another record for Valentine’s Day spending.” Purchases will total “$27.4 billion, up 32 percent from last year’s record $20.7 billion,” the trade association estimates, thanks to a robust economy and the “continued trend of consumers buying more gifts … for friends, family, co-workers and pets.”

The card, candy, bouquet and doggie-toy industries should consider themselves quite lucky that Valentine’s Day presents are not exclusively for Sweet Babboos anymore. If they were, sales would be disappointing.

There’s a surfeit of evidence that romance, love and the activity that most scientists agree creates babies are withering in the United States. According to the Pew Research Center, in 1960, 72 percent of adult Americans were married. Now it’s down to 50 percent. Not so very long ago, as National Review’s Kevin D. Williamson recalled, divorce was “so rare as to carry a hint of scandalous glamour.”

The no-fault revolution, which began in California and swept across the nation in the 1970s, made naughty the norm.

Today, the National Marriage Project puts the “lifetime probability of divorce” for an “average couple marrying for the first time” at “around 40 percent” — not the “half of all marriages fail” claim commonly touted, but hardly a “success” rate worth boasting about. (And a whole new cohort is discovering unwedded bliss, writer Adam Bulger noted: “While the overall divorce rate is slightly down from the ‘70s, ’80s, and ’90s, divorce for couples aged 50 or older … doubled between 1990 and 2010.”)

But nature is nature. Right? The law of biological attraction hasn’t been repealed. Aren’t guys and gals still, er, “connecting”? Lately, not as much. Examining 2018 findings from the General Social Survey, The Washington Post reported that the “share of U.S. adults reporting no sex in the past year reached an all-time high.”

The inevitable consequence of an aging population? No. “[A]mong the 23 percent of adults — or nearly one in four — who spent the year in a celibate state, a much larger than expected number of them were 20-something men.”

That’s “love,” American style, at the dawn of the third decade of the 21st century. And predictably, right and left have each crafted wholly unconvincing narratives to explain the undeniable decline of l’amour à l’américaine. Social conservatives place the phenomenon within the wider context of rising loneliness and “deaths of despair.”

Conservative blogger Michael Snyder thundered that “we have de-emphasized family, faith and patriotism as a nation, and instead we have become an extremely ‘me-centered’ society that is primarily focused on doing whatever makes ourselves happy in the moment” — a “single-minded pursuit of individual happiness [that] has resulted in much of the country being perpetually mired in loneliness, depression and/or addiction.”

Liberals trot out their own shibboleths. Kevin Drum, of Mother Jones, lectured that marriage is moribund because “men are pigs,” and historically, women walked down the aisle only because they were “forced into it by cultural mores and economic imperatives.”

Feminist writer Rebecca Traister concurs, writing in her infantile manifesto, All the Single Ladies, that traditional marriage was “one of the best ways for men to assert, reproduce, and pass on their power, to retain their control.”

If you’re a thoughtful person looking for compelling explanations for the pervasiveness of America’s unconscious uncoupling — and its likely impact on the nation’s social, economic, and fiscal health — good luck.

To the extent that marriage remains a thing, why is it increasingly concentrated among the educated and affluent? Is MGTOW — that would be “Men Going Their Own Way” — a passing fad, or a movement destined to attract a large number of adherents? Doesn’t a below-replacement birthrate mean that the U.S. needs a welcoming, rather than a restrictionist, immigration policy?

The answers to these questions are complicated. But they won’t be found by echo-chamber-dwelling tribalists attempting to score points against their ideological enemies.

Happy Valentine’s Day. Don’t forget to get something nice for your cleaning lady.