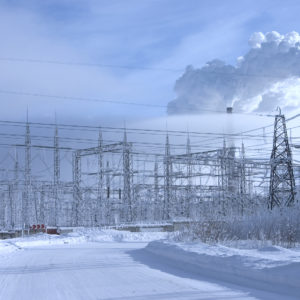 Last Year’s New England Winter Was Brutal on the Energy Grid. Get Ready for Worse.

New England began 2018 with a brutal winter-weather bang. The New Year’s Eve high in New Hampshire was just 5 degrees. The low? -2. It was part of a two-week cold snap that drove residents indoors—and energy bills through the roof. And it wasn’t just energy ratepayers who paid the price. The environment took a hit, too.

“During the two weeks of Arctic cold, New England generators burned through about 2 million barrels of oil,” noted ISO New England CEO Gordon van Welie in an after-action report. “That’s about 84 million gallons, more than twice as much as all the oil used by New England power plants during the entire year of 2016.”

High heating bills and increased greenhouse gas emissions from oil and coal are not the outcomes New Englanders want. Not politicians, environmental groups or ratepayers.  But that’s exactly what they got last winter. The question now is: Will it happen again?

“When natural gas supplies are tighter due to insufficient pipeline capacity to meet demand when it’s cold, the grid has to rely on less efficient oil-fired generation,” Marc Brown, president of the New England Ratepayers Association told Inside Sources. “The grid itself will probably be OK. But that being said, if we get a serious cold snap and have a few contingencies on the grid, it wouldn’t shock me of we got a rolling blackout or two.  That’s how stressed our energy infrastructure is right now.”

So will the winter of 2018-19 be as bad as last year?  The cold weather appears ready for a return engagement:

“I think a longer than normal, colder than normal, and stormier than normal winter is on the way,” Joe Bastardi of Weatherbell.com told Inside Sources. “In particular in southern New England.  I’m not sure it will get as cold for a week as it did last year, but overall, November through March will be colder than last year as a whole.”

The New England region will be the hardest hit—right in the wallet– due to the region’s disproportionate reliance on home heating oil. The EIA anticipates that propane prices will remain flat, electricity costs will rise 3 percent and natural gas will go up 5 percent. But the price of heating oil is forecast to jump by 20 percent—a huge spike in costs for a heating source that is already far higher than any other.

“Heating oil is just very expensive,” Dan Kish of the Institute for Energy Research told Inside Sources. “And as the mandate for new, low-sulfur diesel expands to maritime shipping and other industries, New England homeowners will face more and more competition for their heating oil, which will put even more upward pressure on prices.”

In other words, look for heating oil prices to continue to climb, even as the cost of other fuels flattens or falls.

Why is New England so dependent on heating oil? Part of it is an accident of history, but more recently it’s the result of activists opposing the expansion of energy infrastructure into the region.

“Heating oil is very expensive,” says Kish.  “Natural gas, on the other hand, is so inexpensive that the price of oil would have to drop to $18 a barrel to match the price and energy output of natural gas.”

Sheetal Nasta, an analyst with RBN Energy tells Inside Sources: “From a natural gas perspective, the biggest potential issue this winter is that storage levels are the lowest they’ve been in more than a decade, particularly in the East Region (which includes New England).”

“That means that for the gas market, they’ll be relying somewhat less on storage gas and more on daily production to meet demand. Northeast production is running higher than the winter 2017-18 average, but lower storage levels may mean reduced flexibility on a day-to-day basis, which could create localized constraints and volatility in some areas of New England on especially cold days.”

Welie adds this ominous warning:  “In the coming years as more oil, coal, and nuclear leave the system, keeping the lights on in New England will become an even more tenuous proposition.”