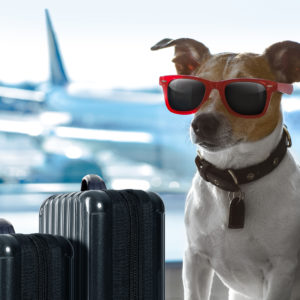 Nicholas von Hoffman, who has died at the age of 88, streaked across the journalistic sky in the 1970s: an irradiant comet.

From the pages of The Washington Post, he shined in a way that no journalist had done on any paper since H.L. Mencken in The Baltimore Sun in the early part of the 20th century.

Nick, as he was called, burst onto the pages of The Post’s Style section in a way that was unique. At that time, the section itself was novel and about to be copied across the country.

People lined up to buy The Post to be entertained, to be outraged, to be titillated, but mostly to see what the mad wordsmith devil was up to that day. Nick used words to create explosive devices, which he lobbed from the pages of the paper with awesome effect.

He was my colleague at The Post and he proved that the page, any page in any newspaper, can come alive with great writing; in Nick’s case, combative stuff that took no prisoners, favored none and offended all. If you read him long enough, eventually you would be outraged. It was so exquisitely abusive, so willfully offensive that The Post had to hire security personnel to sort the mail: It contained dead animals, feces, razor blades and possibly poison.

Nick was not the perfect journalist. The serious people in the journalism schools would not cite him, I imagine, as a model. His facts were chosen to accommodate his point of view that day.

He said he was a “radical journalist.” He had worked for Saul Alinsky, the admired and reviled Chicago community organizer. Criticizing the high cost of medicine, Nick wrote that if you stare at the sign of the Hippocratic oath it will morph into a dollar sign.

Nick did not go to college, but he had a deep knowledge and love of language. He was, well, a poseur, a literary exhibitionist and a controversialist.

He did not let the facts stand in the way of a great rant. He skewered Republicans and Democrats alike, calling the Republican minority leader in the Senate, Everett Dirksen of Illinois, “a piece of American political bric-a-brac.” The Democratic Party, he wrote, “to its committed members was still the party of heart, humanity and justice, but to those removed a few paces it looked like a Captain Hook’s crew of ambulance-chasing lawyers, rapacious public policy grants persons, civil rights gamesmen, ditzy-brained movie stars, fat-assed civil servant desk squatters, recovering alcoholics, recovering wife-beaters, recovering child-buggers, and so forth and so on: a grotesque lineup of ill-mannered, self-pitying, caterwauling freeloaders, banging their tin cups on the pavement demanding handouts.”

He was fired from CBS’s “60 Minutes” for likening Richard Nixon, during the last days of his presidency, to a dead mouse on a kitchen floor, waiting for someone to take it by the tail and throw it in the garbage.

Yes, Nick was reprehensible. And I loved him. I loved him for his outrageousness and his hatred of cant. I loved his personal insouciance and his extraordinary literary skill. But most of all, I loved him because he made the pages of newspapers thrilling and unmissable: the place to have your nose buried first thing in the morning. Thanks, Nick.

Comfort Dogs Brought Up Short by the Airlines

Doggone, but it was nice while it lasted.

I refer to the number of dogs you saw in the airports during the last holiday season. People had simply declared their dogs “comfort dogs.” Quite right. Every dog is a comfort dog. I have never had a dog that was not a comfort. They are the great reliable comfort in human life, bar none, I might add.

But I read that the airlines, appalled at the sheer number of canines traveling, are going to try to limit the number of comfort dogs to those of the truly sick, blind and otherwise incapacitated. It makes me heartsick.

By the way, dogs love to fly. I used to take my Siberian Husky flying, back in my private pilot days. He loved it, except for landing: He was upset by the ground rushing up. No fool he.

“There comes a time to join the side you’re on.” — Midge Decter, journalist