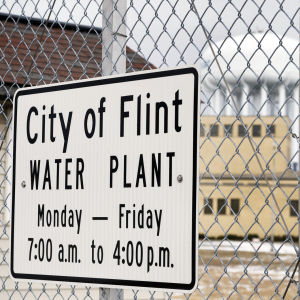 After the multi-million-dollar Flint Water Settlement, lawyers have their sights set on new targets.

A trial in an eastern Michigan federal court seeks to pin additional blame for the water contamination on two companies that conducted testing after the contamination was already confirmed. Presiding over the trial is Judge Judith E. Levy, who approved the original $626.25 million Flint water settlement.

The original settlement has not satisfied those who claim to have suffered injuries. It should be noted that, of the $626.26 million settlement, nearly $200 million went to the lawyers, leaving the remaining $446 million to be proportionately distributed among 99,000 people. On average, a Flint resident will receive approximately $4,500; in actuality, many will receive a lot less.

Consider the example of Flint resident Diane Fletcher, who said citizens were being “legally robbed” and added, “This will go down in history as one of the greatest steals from innocent, helpless people by the very lawyers who came here to help us.”

The logical follow-on questions to this settlement are: will additional litigation have any different results? Or is this just another case of more lawyers looking to get in on the action, having found new, deep-pocketed targets?

The lawsuit against two engineering companies was brought on behalf of four minor children from Flint who asserts their prolonged ingestion of lead-contaminated water led to neurocognitive harm. The only claims brought against Veolia North America LLC and Leo A. Daly and its subsidiary Lockwood, Andrews & Newman Inc. are a count of professional negligence each. Neither company was involved in the $626.25 million partial settlement approved in 2021. The two companies were brought in to test the water and perform other services after lead was already detected.

The Flint water litigation, sadly, demonstrates that costly and time-consuming litigation truly benefits only lawyers who walk away with millions of dollars.  There is no reason to expect different results from the current litigation.

Moreover, it is beyond dispute that the drinking water was polluted when Flint changed its water source to the Flint River. Those responsible should have focused at the outset on identifying those who had suffered injuries and devising an efficient and equitable process for compensating them. Instead, this has become a search for deep pockets. And this lawsuit may be further hampered by the fact that several government officials, including a former governor, are under criminal indictment. They have declined to testify by asserting their protection against self-incrimination under the Fifth Amendment, an issue on appeal to the 6th Circuit Court of Appeals. This process and the possible results will make this lawsuit more time-consuming, costly and uncertain.

The civil justice system exists to resolve disputes — not to perform the functions of public health officials, legislators and regulators. Broader public policy challenges and law enforcement responsibilities should be handled by those public officials legally entrusted to carry them out. They are obliged to serve and protect the public, and they are accountable to us all. By contrast, lawyers operating on a contingency-fee basis are driven by a profit motive.

The sad reality is that the civil justice system is inadequate to meet the needs of the public in this matter. A situation such as this calls for leaders who seek creative solutions to address these problems and provide needed support to those who were injured through no fault of their own.

We hope those leaders — not profit-seeking lawyers — will step up and serve the public interest by addressing the needs of those who truly suffered in Flint.