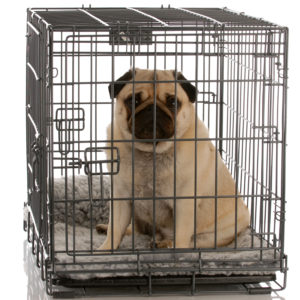 As the COVID-19 pandemic rages, three members of Congress, who are also trained veterinarians, are working hard to head off a potential public health crisis with a proposed law to prevent importation of dogs that have contagious diseases.

If passed, the Healthy Dog Importation Act of 2020 (introduced May 22) will help ensure that all dogs entering the United States are healthy, fully vaccinated with a health certificate from an accredited veterinary authority in the country of origin and that each dog is microchipped so individual health records can be verified upon arrival here.

To most people, it is surprising that such requirements are not already in place.

Currently, the only requirements for dogs imported into the United States are that they appear in good health and are at least six months old if imported for resale or adoption.

The Centers for Disease Control and Prevention requires a rabies vaccination certificate only if the dogs are coming from a country the CDC considers at risk for canine rabies. The inability to verify documentation has resulted in numerous incidents in which certifications have been found by the CDC to be invalid or fraudulent.

They include well-documented cases of rabies, distemper, influenza, brucellosis, parasites and other health threats, many of which can be passed to humans and other animals and many of which had been virtually eliminated in the United States.

Last year, a dog imported from Egypt and ending up at a Kansas rescue was determined to have rabies, but not before all 25 of its companions had been placed into foster care or adopted. U.S. officials suspect that the Egyptian vaccination certificates were forged. The third incident of its type in recent years, the CDC responded by imposing a ban on all imports of dogs from Egypt.

In 2018, scientists at Cornell University’s Animal Health Diagnostic Center identified a strain of Asian canine distemper virus never before reported in North America, which likely travelled with a dog obtained at a Korean meat market. A year before that, an epidemic of canine influenza was also traced to Asia.

Of the total, 113,000 dogs originated from countries including China as well as the Middle East, Africa, South America and Eastern Europe, regions the CDC has designated as “high risk” for rabies and other diseases, many of which can jump species and infect humans.

The proposed law has the support of the veterinarians who must deal with the public health fallout from these dogs.

“For far too long, dogs have been entering the United States without proper inspection, increasing the risk of disease introduction and transmission,” said Dr. John Howe, president of the American Veterinary Medical Association. The proposed law “protects animal and human health by ensuring that imported dogs are healthy and free from disease and parasites before entering the United States.”

Stricter controls are welcomed by animal health and welfare groups.

The National Animal Interest Alliance has been raising the alarm about lax import controls for years. “The Healthy Dog Importation Act will streamline the federal oversight of canine imports to better protect animal and public health,” said Patti Strand, the organization’s president.

Unfortunately, the COVID-19 pandemic may incentivize the importation of even more dogs under the current loose system. Stay-at-home orders have sparked an uptick in shelter adoptions, and combined with a temporary reduction in flights from overseas, some rescues in Northeastern states are experiencing shortages.

With so many dogs sourced from abroad, the protections in this proposed law are needed now more than ever.

The last thing our country needs is further risk to public health.