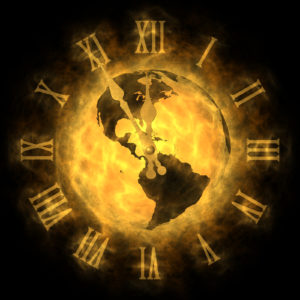 A coalition of progressive lawmakers has introduced a draft resolution to both chambers of Congress calling for the United States to declare what they characterize as a “climate emergency.”

“The national emergency is not the border. It’s the climate,” said U.S. Rep. Earl Blumenauer, D-Ore., during a press call on June 9. “The entire planet, including the United States, has 12 years to reverse the disastrous direction we’re heading into when it comes to greenhouse gas emissions…It’s time for Congress to take a stand.”

Blumenauer, with Democratic Rep. Alexandria Ocasio-Cortez, Sen. Bernie Sanders, and dozens of senators and Congresspersons have signed onto H.Con.Res.52 “expressing the sense of Congress that there is a climate emergency which demands a massive-scale mobilization to halt, reverse, and address its consequences and causes.”

The resolution notes that the “United States has a proud history of collaborative, constructive, massive-scale federal mobilizations of resources and labor in order to solve great challenges, such as the Interstate Highway System, the Apollo 11 Moon landing, Reconstruction, the New Deal, and World War II.”

Through its passage, Congress would be telling the world that they recognize the warnings from the United Nations Intergovernmental Panel on Climate Change about the short term and long term impacts of climate change.

Sanders and other supporters of the resolution believe that if it can receive bicameral and bipartisan recognition, then Congress will be able to rebuke President Donald Trump’s position on climate change.

The resolution is also designed to draw a sharp contrast to Trump’s use of emergency declaration policy to seize funds from the general budget to build his wall along the Southern border with Mexico.

“What we need now is Congressional leadership to stand up to the fossil fuel industry and tell them that their short term profits are not more important than the future of the planet,” Sanders said of the resolution. “Climate change is a national emergency, and I am proud to be introducing this resolution with my House and Senate colleagues.”

Several of the resolutions co-sponsors are, like Sen. Sanders, vying for the Democratic Party’s nomination for U.S. President, including Sens. Amy Klobuchar, Cory Booker, Kristen Gillibrand, and Elizabeth Warren.

No Republicans have signed onto the resolution.

Economist Jonathan Lesser of the Manhattan Institute believes that the resolution doesn’t reflect a realistic approach to climate policy.

“The real ‘Climate Emergency’ is lawmakers’ inability to understand actual science and, instead, their reliance on hysteria; their inability to weigh costs and benefits; and their inability to recognize that unilateral actions taken by the US will simply impoverish the country without providing any material reductions in greenhouse gas emissions,” he told InsideSources.

Additionally, there are new concerns over the costs related to reforming the American economy to rely on 100 percent renewable and zero-emissions emitting power.

In a new white paper, Global energy industry consultancy Wood Mackenzie, based in Edinburgh, Scotland, writes that total decarbonization on the scale prescribed by Green New Deal may be worth trillions with heavy cost levied on consumers.

“Wood Mackenzie estimates the cost of full decarbonization of the US power grid at US$4.5 trillion, given the current state of technology,” report authors Dan Shreve and Wade Schauer. That cost is “nearly as much as what the country has spent, since 2001 on the war on terror.”

Heartland Institute, another conservative “climate realist” think tank similar to the Manhattan Institute, found this statistic from the analysis noteworthy.