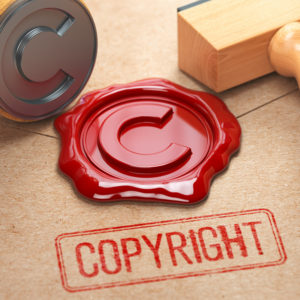 Lawmakers are in the middle of reviewing one of the foundational intellectual property laws of the internet: the Digital Millennium Copyright Act.

The DMCA, which was passed in 1998 as a bipartisan effort to update U.S. copyright laws for the digital age, strikes a careful balance between copyright holders and consumers.

Over the past two decades, it has proven to be a resilient, forward-thinking design, which has led directly to the vibrant, participatory internet we have today. Lawmakers should approach any review of the DMCA with extreme caution, or they risk irreparably damaging the fledgling startups that continue to drive innovation and job growth.

With this week’s hearing focused on how foreign jurisdictions approach copyright law, it is an opportune time to focus on how well the DMCA has worked. The DMCA continues to withstand the tests of the digital age, especially compared to the alternatives put forth, for example, by the European Union.

There, countries are struggling to implement a new, imbalanced legal regime that disregards technological realities.

In 2016, when the EU first leaked copyright legislation that would effectively require websites to implement expensive and ineffective content filtering tools, startups immediately rang alarm bells about how this would negatively affect small businesses.

We explained how a content filtering mandate would drastically raise the cost of operating an online platform startup without any meaningful benefits to users or rightsholders, leading to a chill in new startup growth.

And we reported that a majority of investors in countries worldwide would be uncomfortable investing in businesses that were required to proactively filter all user-generated content.

The copyright directive passed by the European Parliament last spring realized startups’ worst fears by forcing all online platforms to proactively police their users’ conduct. By increasing the cost of running a user-generated content platform, legislation aimed at curbing the power of some of the largest companies would principally hurt startups, increasing the power of internet incumbents.

Policymakers ignored more than 5 million individuals petitioning to #SaveTheInternet, hundreds of thousands of protesters, and a wide-ranging effort from non-profits, startups, academics and more. Even worse, the European Parliament ignored technical experts who warned that filtering technology is incapable of doing what European policymakers expect of it.

Fast forward almost a year later, and the EU is still struggling to implement the restrictive policy. The United Kingdom announced that it would not even bother to implement the law, alongside leaving the EU. France, on the other hand, has gone beyond the scope of the directive to implement an even harsher law.

The European Union failed to take technology — its benefits and limits — into account when setting up new copyright laws because it was too busy catering to the demands of licensing and rightsholder organizations. As a result, it has failed to provide a workable framework wherein tech platforms can actually operate, let alone innovate.

This recent history is important to consider when evaluating the DMCA and how it has enabled startups to serve as the primary driver of new net job growth in the United States.

The EU’s attempts to “modernize” its copyright regime have made the law less technically literate and less workable. The United States should learn from this mistake and not disrupt a system that has worked so well for innovation and creativity.

Startups fully understand and appreciate the importance of ensuring creators are fairly compensated for their work. EU member countries are still in the process of implementing the new copyright requirements, but we are already seeing significant struggles as the law moves from principles into practice.

We urge Congress to tread carefully when considering disrupting the bipartisan, commonsense policy that has curbed infringement in the U.S. while enabling economic and cultural growth.

Evan Engstrom is the executive director of Engine, a nonprofit that supports the growth of technology entrepreneurship. He wrote this for InsideSources.com.