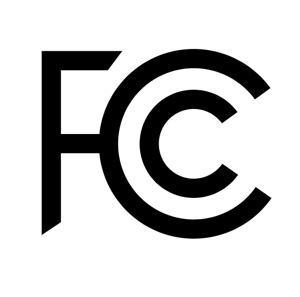 Posted to Technology May 17, 2017 by Giuseppe Macri

The Trump administration’s Federal Communications Commission could reverse Obama-era net neutrality regulations and easily withstand a court challenge, despite the rules having passed only two years ago, according to legal experts and former FCC staff.

In April, Republican FCC Chairman Ajit Pai announced his plan to reverse the reclassification of internet service providers (ISPs) as common carriers, a public utility designation the FCC used to bring them under its jurisdiction to enforce net neutrality rules against web traffic blocking, throttling, and paid prioritization.

Shortly after, some Democrats described the policy change as potentially illegal, given the rules were passed only two years ago. That would make it tough for the FCC to make the case there’s been a change in the market necessitating the rules change — the bar the agency, in theory, is supposed to meet.

That may not be the case, says Russell Hanser, an attorney who represents ISPs, wireless carriers, and cable companies for the law firm Wilkinson Barker Knauer. According to Hanser, that’s because of the 2005 legal precedent the D.C. Circuit Court of Appeals cited when it upheld the rules against a 2015 lawsuit brought by USTelecom, a trade group representing ISPs.

In that case, National Cable & Telecommunications Association v. Brand X Internet Services, the Supreme Court upheld the FCC’s ability to classify a cable internet provider as an information service instead of a common carrier telecommunications service — the same thing Pai is seeking to do with ISPs overall.

“If you take it as it is, USTelecom says the language is also amenable to the opposite definition,” Hanser said during a panel discussion hosted by the D.C.-based, center-right think tank Phoenix Center Wednesday. “So the courts collectively have given a lot of wiggle room within those definitions, and I do think that gives the current commission a lot of leeway to re-reclassify.”

The Supreme Court made its ruling in that case based on the notion of “Chevron deference,” a doctrine upheld by the Supreme Court “that requires judges to defer to administrative agencies’ interpretations of federal law in most cases where the law may be ‘ambiguous’ and the agency’s position seems ‘reasonable,’” according to Ilya Somin, a law professor at George Mason University.

Two of the judges who upheld the FCC’s net neutrality rules referenced the Brand X case again in May after declining to rehear USTelecom’s lawsuit.

“[T]he FCC could elect to treat broadband ISPs as common carriers (as it had done with DSL providers), but the agency did not have to do so,” they wrote of the Brand X case. “In that light, the proper classification of broadband service would turn ‘on the factual particulars of how Internet technology works and how it is provided, questions Chevron leaves to the Commission to resolve in the first instance.’ But deference equally would have been owed, the Supreme Court made clear, if the FCC had reached the opposite resolution by classifying cable broadband providers as telecommunications carriers.”

Hanser said the proximity to the 2015 USTelecom case is unlikely to have an effect on the court when Pai’s plan is eventually challenged.

“Built into Chevron is the idea that agencies change their minds,” he said. “Chevron itself was a case in which the Reagan administration had adopted a different position than the prior administration and then changed its mind. And there’s no piece of that analysis that says, ‘Well if it’s too close, you don’t get the same deference.'”

Hanser added Chevron “acknowledges that among other things, different political administrations will take different positions and will come to a statute with different regulatory philosophies, and I think that’s largely what’s happening here.”

Angela Giancarlo, a partner at the law firm Mayer Brown and former chief of staff to then-FCC Chairman Robert McDowell during the Bush administration, cited another case — FCC v. Fox — in which the agency tried to fine Fox and ABC for indecent broadcast content based on a rules change they reinterpreted and implemented after the fact.

Giancarlo said the Fox precedent “allows the FCC and other agencies to change their mind as long as they can explain why they changed their mind.”

In that case, the U.S. Court of Appeals for the Second Circuit in New York ruled the FCC was not allowed to change policies “without providing a reasoned explanation justifying the about-face.”

While the Supreme Court reversed that ruling in 2009 on administrative-law grounds, the court reheard the case in 2012, when Justice Anthony Kennedy wrote the court’s majority opinion “leaves the commission free to modify its current indecency policy in light of its determination of the public interest and applicable legal requirements.”

“And of course that leads us directly to the way it seems this proceeding is going to be handled,” Giancarlo said.