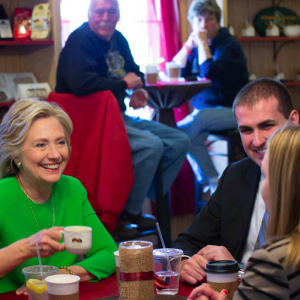 Opinion: A Layman’s Early Guide to the Presidential Election

Posted to Politics May 01, 2015 by Sheldon Richman

As you may have heard, the 2016 presidential campaign is underway. Let’s not miss the forest for the trees. While the candidates will make promises to help the middle class or this or that subgroup, remember this: each aspirant wants to govern, that is, rule, you – even those whose rhetoric might suggest otherwise.

George Washington supposedly said: “Government is not reason, it is not eloquence—it is force! Like fire, it is a dangerous servant, and a fearful master.” Although no evidence links the quotation to the first president, its truth is indisputable. Like it or not, government’s distinguishing feature, beginning with its power to tax, is its legal authority to use force against even peaceful individuals minding their own business. Ultimately, that’s what rule means, even in a democratic republic, where each adult gets a vote in choosing who will rule.

As that keen observer of the American political scene, H. L. Mencken, put it years ago, “The state — or, to make matters more concrete, the government — consists of a gang of men exactly like you and me. They have, taking one with another, no special talent for the business of government; they have only a talent for getting and holding office. Their principal device to that end is to search out groups who pant and pine for something they can’t get, and to promise to give it to them. Nine times out of ten that promise is worth nothing. The tenth time it is made good by looting ‘A’ to satisfy ‘B’. In other words, government is a broker in pillage, and every election is a sort of advanced auction on stolen goods.”

If you keep that perspective during the coming campaign, you’ll be in a much better position to judge the candidates than if you take their solemn pronouncements at face value.

Do the four declared candidates really fit this picture? You can judge for yourself. Hillary Clinton, the sole Democrat so far, is long associated with activist government across the range of issues domestic and foreign. Her newfound rhetorical populism can’t obscure her association with elitist social engineering.

In The Theory of Moral Sentiments (1759), Adam Smith described such a politician as “the man of system [who] seems to imagine that he can arrange the different members of a great society with as much ease as the hand arranges the different pieces upon a chess-board. He does not consider that the pieces upon the chess-board have no other principle of motion besides that which the hand impresses upon them; but that, in the great chess-board of human society, every single piece has a principle of motion of its own, altogether different from that which the legislature might choose to impress upon it.”

Has Clinton ever considered that we’re not chess pieces in her grand schemes? We might like to make our own decisions.

What about Republicans Rand Paul, Ted Cruz, and Marco Rubio? Are they “men of system”?  Despite their talk about reining in government, I think the answer is yes. At best they propose only to tinker with the welfare-regulatory-warfare state without challenging the institutional privileges that enrich the well-connected or the institutional barriers that impede the marginalized in improving their lives.

One can see their obeisance toward government power in their support for the “war on drugs,” the presumption that government should monitor what we ingest and punish us for violating its prohibitions. Another sign is the candidates’ views on immigration. If people have natural rights, why do they need the government’s permission to live and work here? A third indicator is their position on world trade. Can you imagine any of them advocating a laissez-faire trade policy with no role for government?

Most revealing are their policies concerning war and peace. Despite minor differences, all three (and those to come) want more military spending. Each thinks the United States can and should manage stability in the Middle East, on Russia’s border, etc. All three demonize Russia and Iran, countries that do not threaten us. Thus they would risk war, which would bolster government power while harming the American people and others.

Appearances can deceive: they’re persons of system all.

Sheldon Richman is a Research Fellow at The Independent Institute (independent.org), which is based in Oakland, CA.