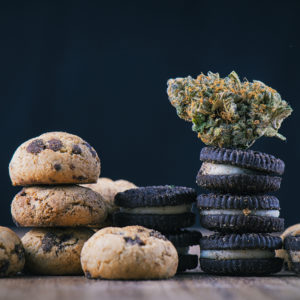 Medical marijuana has been legal in certain states for more than a decade. Although the practice has become both increasingly socially acceptable and more widely available over time, the means by which users ingest cannabis has developed much more slowly. Smoking and the ingestion of “edibles” remain the most common ways of getting THC and CBD, the two active ingredients in the cannabis plant, into the bloodstream. Neither of these methods allows for consistent dosing. One California company is working to address the problem. Lifestyle Delivery Systems (LDS) makes CannaStrips, sublingual oral strips coated with CBD or THC, the active ingredients in the marijuana plant. Like the dissolving strips sold as breath mints, CannaStrips dissolve quickly, leaving behind a dose of THC or CBD, instead of a burst of minty freshness.

“Our technology centers around the delivery of the strip in the mouth,” says Jim Pakulis, president of LDS. “We have a patent pending for how the strip temporarily breaks down the mucal membrane and allows the active ingredients to dissolve and enter your bloodstream far quicker than anything we have found in medicinal marijuana.”

LDS’s CannaStrips come in four different varieties with different target effects. These include “sleep,” which pairs CBD with melatonin, and “clear” which contains only THC. The strips are currently sold through dispensaries in California, where recreational marijuana will only become fully decriminalized in 2018.

Pakulis explains that when LDS first approached the problem of consistent edible cannabis dosing, most of the products on the market were “glorified Fruit Roll Ups.” After working for more than a year, LDS’s researchers developed a product that could guarantee an equal dose and distribution of the active ingredients such that cutting CannaStrips in half divides the dose equally. Such consistent dosing is rare in the cannabis edibles industry, which often reduces dosing to the level of guesswork.

Ingesting cannabis orally both avoids the negative health effects associated with smoking and allows for more even ingestion of the active ingredients. LDS advertises that users will be able to feel the effects of the cannabis within 90 seconds of ingestion.

LDS not only makes the coated strips, it also grows the cannabis plants from which it extracts the necessary active ingredients, making it one of the few fully vertically integrated medicinal cannabis operations in the state.

This means that the company is one of the prime examples of the difficulties of working through the state’s regulatory structure. When building its $6 million facility in Adelanto, California, LDS had to acquire both state and local permits, a process that took more than 18 months.

“LDS is one of the very few companies and in fact one of the only companies in California that has gone through all the processes necessary to adhere to both the municipal and the state-level licensing,” said Pakulis.

He notes that while medical cannabis has been allowed for years, the state has only recently begun developing and enforcing regulations on its cultivation and sale. He says that Lori Ajax, the chief of California’s Bureau of Medical Cannabis Regulation, has specifically made appropriate taxation of the industry a focus. California is also scaling up methods of tracking cannabis from the field to the final sale. The industry is well aware that the process of regulating legal cannabis is a process and the state will likely revise in the months after legalization.

The construction of LDS’s facility also shows how local regulations have allowed municipalities to compete for cannabusiness. Adelanto, a city of 33,000 in San Bernardino county, struggled with municipal debt before deciding to court the cannabis industry. The city government developed its laws by copying the state-level regulations, making it much easier for companies to comply. This gave them an edge over communities that Pakulis said allowed marijuana companies to operate under their bylaws, but lacked the processes to issue licenses.

“Two years ago Adelanto was in the red and they were truly thinking about being annexed into the neighboring community because of a lack of revenue,” said Pakulis, who calls the city a perfect turn-around story. “Fast forward two years and they’re in the black and have issued somewhere in the neighborhood of 40 licenses for cultivation alone.”

Only 60 days remain until California steps into the world of legal recreational marijuana. At that point, friendly city governments, like that in Adelanto, will be all the more important for areas wishing to develop as industry centers. Until then, a great deal of innovation remains in the medical-only sphere. CannaStrips, with their ability to help solve the problem of consistent dosing, are one of these solutions.