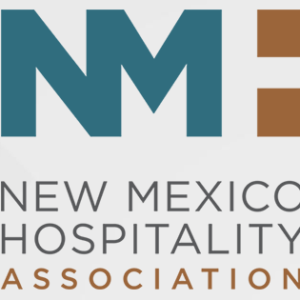 Leaving the Light on for Cronyism

The Albuquerque International Balloon Fiesta, fall foliage in the forested north, Día de Muertos, the holidays, ski season — it’s a good time to be in the lodging business in New Mexico.

Well, perhaps a bit less so, to the folks who rent their homes, apartments, and vacation properties for short-term stays. Thanks to a bill passed with strong bipartisan support, many of their customers will soon be paying the Land of Enchantment’s occupancy tax.

Prior to the passage of SB 106, the “Lodgers’ Tax Act” was not applicable to a vendor who “does not offer at least three rooms within or attached to a taxable premises for lodging or at least three other premises for lodging or a combination of these.” That language, however vague, rendered hosts who use Airbnb, Vrbo, and other online brokers legally able to dodge the occupancy tax, which in some municipalities and counties hits 5 percent.

It almost goes without saying that the hotel/motel industry was not happy with what it considered special treatment for a fresh and unstoppable form of competition. After whining, for years, about the need for “a level playing field for the entire lodging community,” the New Mexico Hospitality Association got its way in the 2019 legislative session. Of Santa Fe’s 112 solons, 92 voted to remove the dreaded “loophole,” effective January 1, 2020.

But the true “unfairness” of New Mexico’s occupancy tax was never its break for low-profile providers. No, the levy’s very existence is evidence of how unjust — and at times, simply stupid — “economic development” in the Land of Enchantment can be.

No one could credibly argue that tourism isn’t a major contributor to the state’s economy. Fabulous weather, gorgeous scenery, rich culture/history, and singular cuisine are among the many factors that draw travelers to place that is, however clichéd, unlike any other.

New Mexico’s uniqueness is why the Lodgers’ Tax Act was, and remains, unnecessary. The occupancy tax, implemented solely by local units of government, is a mechanism to raise revenue for “advertising, publicizing and promoting tourist-related attractions, facilities and events.” “[P]roviding police and fire protection and sanitation service” and guaranteeing funds for “an airline providing air services to and from [a] municipality or county” are kosher usages, as is covering the expenses for a “five-member advisory board.”

Comprised of two “owners or operators of lodgings subject to the occupancy tax,” two “owners or operators of industries … that primarily provide services or products to tourists,” and “a resident … [who] represents the public,” the advisory board decides how the money’s spent. But the appropriations made are often of dubious merit. In 2016, the City of Clovis used $10,000 to promote a Travis Tritt concert. As The Eastern New Mexico News inconveniently noted, “attracting 1,500 people, most of whom will not stay overnight in Clovis hotels because they already live around here,” was difficult to justify. (“A private company is hoping to profit by bringing Tritt to town — fantastic, but why is government helping?”)

As a longtime Taos hotelier lamented a few years back, his town collected “around a million dollars a year” from the lodging levy, yet the local industry suffered from an alarmingly high vacancy rate. Taos’s advisory board, he charged, squandered “much of that revenue on [non- promotion-related] spending,” with the kitty serving as “a political plum with meaningless performance standards.”

It’s also worth asking if lodging businesses, alone, should bear a tax that — at least in theory — supports the entire vacation industry. Don’t galleries, gift shops, restaurants, ski resorts, gas stations, spas, casinos, wineries, microbreweries, sightseeing flights, museums, film festivals, amusement parks, hunting/fishing outfitters, antique stores, and ziplines benefit from efforts to promote New Mexico to travelers? If there’s going to be a “tourism tax,” shouldn’t they all impose it? (And be subject, of course, to the penalty for failure to collect: “a fine of not more than five hundred dollars … or imprisonment for not more than ninety days or both.”)

Certainly not, and that’s why the Lodgers’ Tax Act was flawed at the start. An industry that the state claims contributed $6.6 billion to New Mexico’s GDP in 2017 hardly requires a costly and cronyist scheme to promote itself.

The occupancy tax isn’t a “pro-business” tool for creating jobs and growing wealth in New Mexico. It’s a superfluous levy that suffers from transparency and accountability issues, and targets a specific industry for the alleged best interest of an entire economic sector. It should be repealed, not made “fair.”