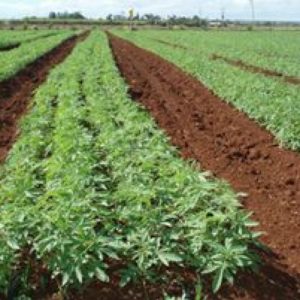 Legal cannabis is closer than you think. A provision in the 2018 Farm Bill would remove industrial hemp from the list of Schedule 1 controlled substances, allowing for the development of a whole new range of products using cannabis extracts. Industrial hemp is considered to be any part of the cannabis plant that is less than 0.3 percent THC by weight. This means it lacks psychoactive effects, but still has other health benefits.

Cannabis has two primary active ingredients: Cannabidiol (CBD) and THC. CBD does not make people feel “stoned” as THC does. Instead, it has numerous health benefits for a range of medical conditions, including arthritis, chronic pain, and epilepsy.

“What bodes so well for this is that it is not just legislation, but actual enactment and realistic regulation,” Jamie Schau, a senior analyst at the Brightfield Group, a market research firm focusing on cannabis, told InsideSources. “What happens often is that the voters in a state will legalize cannabis and legislators put really burdensome requirements on the actual sale or whatever it is related to cannabis. They really don’t  allow for acceptable, reasonable programs.”

The FDA currently treats all CBD like a drug and, therefore, growing industrial hemp puts farmers in the same category as illicit pot growers. The text of the Farm Bill labels industrial hemp a crop like corn or soybeans. For farmers, this means that they will now be able to buy crop insurance on their cannabis fields.

The federal legislation, Schau says, would be more likely to allow for a real cannabis economy to develop. For decades, public perception of cannabis has been slowly shifting–today more than thirty states allow for some form of medical marijuana and another 10 have legalized recreational cannabis. Despite earning billions in profits, these businesses operate in a legal gray zone which has slowed the industry’s growth.

“The immediate thing is that even with state level legalization there has always been federal restraint on the whole CBD system,” says Schau, who explains that many major cannabis cultivators are operating in a legal gray zone, perhaps growing in a state that voted to legalize, but selling through the mail to customers in other states.

“There are a lot of federal regulations in place regarding anything touching the banking industry, those would go away as well.”

The move would be a major game changer for the legal cannabis industry. As long as cannabis remains illegal under federal law, the cannabis industry has mostly centered around small to mid-sized businesses. Descheduling would make the venture less risky for major corporations, who Schau says are eager to enter the industry.

Although a strong start, descheduling industrial hemp is just the first step in a broader process of legalization. For example, the Food and Drug Administration (FDA) would need to develop industry tests and standards as well as procedures to ensure the safety of cosmetics and other products made with CBD.

However, descheduling industrial hemp wouldn’t erase all differences in state laws. In theory, a state could even vote to maintain prohibition, though that prospect seems increasingly unlikely.

“We don’t know exactly what will happen,” says Schau of the regulatory process. “I suspect that CBD will be treated and regulated like alcohol, with states being given the right to regulate how it is sold.”

That descheduling could be so close shows how much the industry has managed to change its reputation. From something smoked illicitly by hippies, cannabis has become something enjoyed by businessmen, former cops, and soccer moms. As a result, even Republican leadership is embracing descheduling–Senate Majority Leader Mitch McConnell introduced the bill and former Speaker John Boehner now sits on the board of a cannabis firm.