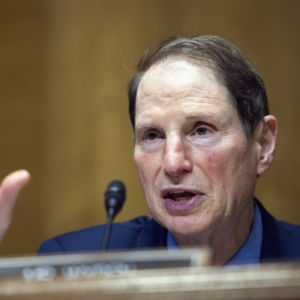 Wyden, Paul Say Trump Administration Will Be Bad for Privacy

A bipartisan pair of senators predicted Thursday that Congress and the Trump administration will try to give the FBI warrantless access to Americans’ browsing history and encrypted messages.

“It will be back, make no mistake about it. In this climate, with this administration,” Wyden said, “as sure as the night follows the day we will have an effort by the Justice people to get [National Security Letters] to be able to get your browsing history.”

National Security Letters (NSLs) are subpoenas intelligence agencies like the FBI use to force companies to turn over business records in the course of investigations, and don’t require a warrant. They’re typically issued with a gag order that prevents a company from publicly disclosing the letter.

After the ISIS-inspired shooting at Pulse in Orlando last year, Republicans led by Sens. John McCain of Arizona and Richard Burr of North Carolina fell two votes short of passing legislation that would have let the FBI use NSLs to subpoena browsing histories, location information, IP addresses, and the senders and recipients of emails without a warrant.

Their efforts were blocked by a privacy coalition led by Wyden, who sits on the Senate Intelligence Committee, and Paul, who regularly attends intelligence briefings and has proposed legislation to curb NSA in the past.

“That was a great victory, and probably underreported that we really did something that was good for the people,” Paul said.

Wyden and Paul are the upper chamber’s chief privacy hawks and frequently work together on surveillance and privacy issues. They sat alongside each other Thursday to lay out their opposition to renewing Section 702 of the Foreign Intelligence Surveillance Amendments Act (FISA) — the law that authorizes some of NSA’s most expansive surveillance programs.

Section 702 authorizes NSA to tap the physical infrastructure of internet service providers, like fiber connections, to surveil the content of foreign emails, instant messages, and other communications as they exit and enter the U.S. Privacy advocates say such collection facilitates a loophole for NSA to incidentally collect data belonging to American citizens, and likely amounts to millions of warrantless interceptions.

The law expires in December, and despite calls from the White House and the intelligence community to renew and possibly make permanent the FISA Amendments Act, Wyden and Paul have no intention of doing so until they get an estimate of how many Americans are swept up in Section 702 surveillance.

Wyden blasted Director of National Intelligence Dan Coats and NSA Director Mike Rogers in recent hearings for failing to produce the estimate he and others have been asking for over the last six years. Coats and Rogers say the agency has no way of calculating an estimate without jeopardizing surveillance programs.

He announced Thursday he’ll be “sending a letter to the director here very shortly with some fresh suggestions on how they can actually figure out how many Americans are being swept up.”

Others have raised concerns about the program’s ability to surveil lawmakers themselves and numerous compliance issues highlighted by the Foreign Intelligence Surveillance Court.

The pair predicted a renewed interest from the White House for legislation to undermine encryption, a stance the Obama administration neglected to take.

“Any proposal, and I expect we’ll see it from the Trump administration, to weaken strong encryption — I will close down the United States Senate over that issue in order to try to block it,” Wyden said.

Then-candidate Donald Trump criticized Apple in 2016 for declining an FBI request to decrypt the iPhone of one of the shooters in the December 2015 San Bernardino shooting.

“Apple ought to give the security for that phone,” Trump said last February. “What I think you ought to do is boycott Apple until such a time as they give that security number.”

“If you look at the odds of what you’re more likely to have someone attack you on,” Paul added, “terrorism, or the privacy of your credit card and stealing your information, it’s like a million to one.”